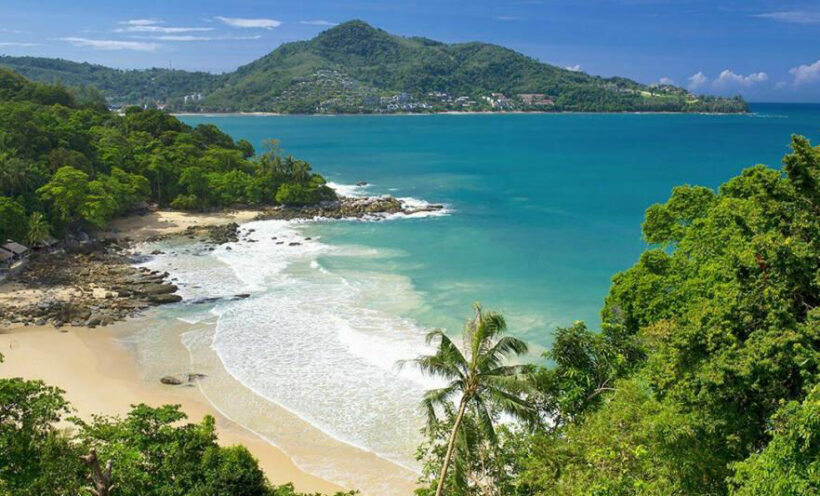 OPINION by Bill Barnett from c9hotelworks.com

Being on the ground in Phuket over the past sixteen months of the pandemic I have experienced the up’s and downs of pandemic tourism firsthand. Over the past month with the Sandbox program coming into place, we have seen over 13,000 travellers arrive at the Phuket International Airport.

“What is so important about the Phuket Sandbox” goes deeper than its perception of as tourism play and the reality of who the travellers are.  In the past weeks I have seen the joy of families reunited, partners joined again, residents returning and businesspeople again restarting commerce.

The Sandbox is not just about Phuket, but it’s about Thailand and providing a safe environment for international travel.  It’s not about shelving domestic tourism and only looking at foreign guests, but has embraced returning Thais and allow people, whose ultimate destination might be in different locations throughout the country, a way back home.

I was able to attend an event last week about the current issues facing and Sandbox an hopefully allow readers to gain some perspective on the issue. As Bangkok grapples with rising numbers of Covid infections, leading tourism voice KP Ho, Executive Chairman of Banyan Tree Group, has told European envoys, airlines, senior officials and business leaders, that for Phuket Sandbox to succeed it is imperative for Phuket to be given “green” destination status.

Speaking at the Phuket Sandbox Summit held at Laguna Phuket, KP Ho called on policy-makers in Europe and around the world to support Phuket as a separate “green” zone.

Phuket has the potential to lead the global tourism recovery, as the historic Phuket Sandbox initiative sets the standard for other destinations to follow, he said. But, to succeed, governments need to recognise it as a safe, self-enclosed destination, rather than combining its travel status with the rest of Thailand.

“We are trying to propose Phuket to the UK government to be on the green list of destinations, even though Thailand is on the amber list. We are optimistic about Phuket Sandbox. Phuket is safe and we will never compromise anyone’s safety.”

He confirmed there were almost 300,000 rooms booked until the end of August in SHA Plus hotels, with nearly 13,000 arrivals and 124 flights after 28 days, with many more scheduled. Top markets are the US, UK, Israel, Germany, France, the UAE and Switzerland with an average length of stay 11 days.

As anxiety grows across Southeast Asia’s key travel destinations struggling with infection numbers, the Phuket Sandbox model is rapidly becoming the standard bearer of hope for the tourism industry.

Launched on July 1, 2021, the Sandbox enables fully-vaccinated international visitors to fly directly to the destination and stay on the island quarantine-free. Hotels need to ensure at least 70% of their staff have received vaccines – the same inoculation rate as Phuket’s population, creating herd immunity against Covid-19. While the high level of protection doesn’t prevent people from catching Covid-19, it does significantly reduce the likelihood of serious illness and hospitalisation.

“Infections and re-infections are not what really count; it’s hospitalisation rates and ICU rates that count. The Thai government have to emphasise those new numbers and shift the narrative towards ‘how many people are really getting sick?’, not ‘are the numbers going up?’,” added Mr Ho.

By reporting this new data, he said, it should be possible for Phuket to be set apart from the rest of Thailand and placed on the ‘safe list’ of destinations to visit. This is not without precedent; the UK government for example, has put the island of Madeira on its green list, while the rest of Portugal remains on the amber list. The same rule applies to Denmark and the Faroe Islands.

“What’s really important is that EU countries – the national governments, spurred on by travel agents, the media and other people – recognise that it’s necessary to disengage the perception of Phuket from the rest of Thailand. It should be a situation where Thailand could be a red alert zone but Phuket could be a green zone,” said Mr Ho.

It could be possible to create a series of Sandboxes in other destinations, such as Koh Samui (which recently launched Samui Plus), Bali and Phu Quoc. As long as that Sandbox is well-organised, as it is in Phuket, it should be separated from the rest of the country.”

“I would like to confirm we support Phuket Sandbox. We are making sure people on the island and all visitors are safe so we can run the Sandbox smoothly and continue to welcome more tourists to Phuket.”

Presenting the most up-to-date data, there is a lot at stake but what is clear is that Phuket Sandbox is alive and well, and it’s working.

HappyExpat
On 8/4/2021 at 7:46 AM, bushav8r said: Sandbox is very important.  It represents the first steps that have been taken to re-open Thailand to tourism.  Many countries are not brave enough to do this.  It can be used as a…

HappyExpat
On 8/4/2021 at 9:32 AM, TiT said: <snip> rainbows shooting out of his ass on the daily. I just realized we can post the word "ass" without getting the frustrating <deleted>. LOVING it here!

TiT
2 hours ago, HappyExpat said: I just realized we can post the word "ass" without getting the frustrating <deleted>. LOVING it here! And not feel like you're in a re-education or concentration camp in the process.  It's quite refreshing.
Miblish
You don't understand "herd immunity." Even if 70% of the staff are effectively vaccinated (i.e. they received a vaccine that's actually effective against new COVID variants - not Sinovac), they can still be infected, and the remaining 30% can get…

JamesE
On 8/3/2021 at 5:23 PM, Thommo said: The sandbox in my opinion is just shifting income from ASQ system to the sandbox I started getting emails from ASQ hotels asking if I'm still planning on traveling. They've got to be…