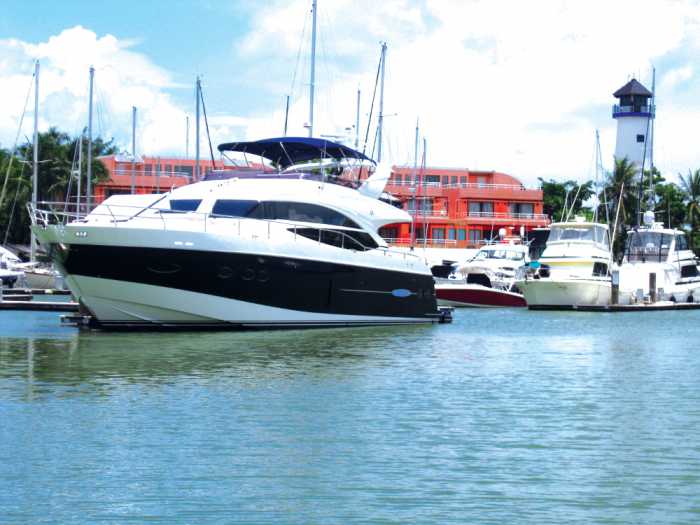 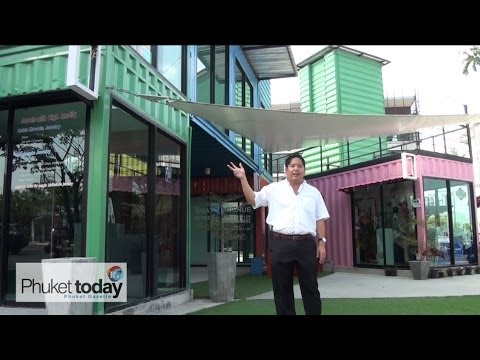 Villa hopes to build on its success at the Boat Avenue shopping street.

PHUKET: Villa Market is set to slice off another slab of the imported groceries market in Phuket when it expands to Boat Lagoon. The new branch, set to open in early 2015, is designed to tap into the yachtie-catering market and to position itself as the go-to grocer, as development in Koh Kaew booms.

Phuket is already home to two of the three Villa Market stores with the highest spending per capita, with Laguna taking the number-one position and Hua Hin keeping the Chalong branch at bay, making it the third highest out of 34 stores in Thailand.

Both the Chalong and Laguna stores, however, are “A” class Villa Markets, while the new one to open at Boat Lagoon will be classified as a “C” class at about 900 square feet (84 square meters). Current projections expect it to generate about two-thirds the revenue of the Laguna branch.

Despite being about 25 per cent smaller than the Laguna branch, the new market will still have the exact same setup and many of the same products, just fewer brands. However, there will be a shift in priority toward ready-made meals, confirmed Villa Market Area Manager Adrian Lanter.

“We want to focus more on ready meals. We plan to have a huge kitchen with the idea that we can serve all the yachts here. That’s actually the main reason why we want to come to Boat Lagoon,” Mr Lanter told the Phuket Gazette.

“We talked with some of the companies here – some of the charter companies. Many of them at the moment come to buy products at our stores. For them it [will be] much more convenient to just order or buy it from here.”

To manage the expected demand for ready-made meals and catering services, Villa Market will have a full chef team on location.

Based on data collected from loyalty cards when the Laguna branch opened, the Chalong branch lost about 10-15 per cent of its clientele.

Mr Lanter expects to see a similar decline at the Laguna branch, as shoppers from Boat Lagoon, Royal Phuket Marina and nearby areas make for the new location and avoid the drive to Boat Avenue (story here).

“As the traffic gets worse and worse, people won’t have to drive up to Laguna or down to Chalong. I think from here, to drive anywhere is a headache right now, especially in high season,” Mr Lanter said.

Teaming up with Villa Market, both in Chalong and the Boat Lagoon location, will be Iniala bakery, which will replace the stores’ previous baked goods provider, Baked.

“It’s probably the highest quality bakery we have found on the island. The products are fantastic the setup is great,” said Mr Lanter.

To compliment the bakery and the market’s focus on ready-made foods, a large sitting area will be provided. The final plans have yet to be confirmed. However, there will be at least 20-30 seats, he confirmed.

Villa Market’s move comes now due to signs of rapid growth in the Koh Kaew area, especially around the British International School.

“Five years ago, there was nothing but Royal Phuket Marina and Boat Lagoon. Now there
is massive development,” Mr Lanter said.

With a mixture of area growth, potential for tapping into the yachtie-catering market and lack of competitors in the area, Mr Lanter is confident that Villa Market’s third Phuket branch will be a success.