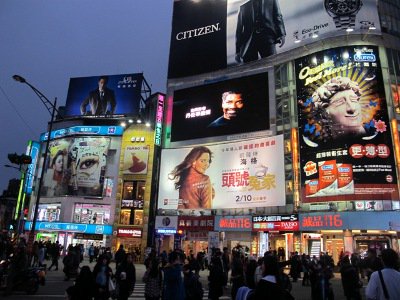 PHUKET: The number of Taiwanese tourist arrivals in Phuket this year is expected double last year’s figure, a senior government official has announced.

Paiboon Upatising, currently caretaker president of the Phuket Provincial Administration Organization (OrBorJor), said that the island can expect up to 100,000 Taiwanese arrivals in 2012 – compared with 50,000 last year.

“Those trips resulted in more direct flights and thus tourists to Phuket from the cities we visited. This proves that these road shows have been successful,”he added.

Mr Paiboon noted that Taiwan was an “interesting” source market for tourists to Phuket.

“The country has more than 20 million people, but not many Taiwanese visit Phuket. A lot more Taiwanese traveled to Phuket before the Boxer Day 2004 tsunami hit Phuket,” he said.

“Before the tsunami, there used to be more than 200,000 Taiwanese arrivals in Phuket each year. After that, their new holiday destinations were Japan, the Philippines and Bali.

“These destinations have a lot more flights [from Taiwan], making it convenient for them to travel to,” he said.

Mr Paiboon pointed out there are currently three direct flights per week from Taiwan to Phuket.

“I hope Thai Airways will add flights from Taiwan to Hong Kong, which will allow more [Taiwanese commuters] to continue to Phuket via connecting direct flights from Hong Kong,” he said.

“Our next roadshow will be in Germany in March. Then we will have one in Japan around July. At the end of the year, we will be going to Australia again, since we have had good feedback from that country,” he concluded.

Governor Tri added that Taiwan is a high-potential target for both high and low seasons in Phuket.

“After discussions with Thai Airways representatives and the Thai Ambassador in Taipei, I feel very confident that Thai Airways will offer flights from Taipei to Phuket, and that Phuket will be welcoming more Taiwanese tourists soon,” he said.

China Airways is currently the only airline to offer non-stop flights between Taipei and Phuket.

“We have done our homework very well before going to present our province to the Taiwanese [tourism operators].

“Chinese tourists from mainland China are our main target. They travel to Phuket all year round, even in the low season. The Taiwanese are like the mainland Chinese because they like to travel a lot as well.

“The most special part is that Phuket and Taiwan have similar cultures. Most of the Taiwanese are Hokkien, and many Chinese in Phuket are also Hokkien.

“The fact that we both share the same heritage is a strong selling point for our province,” he said.