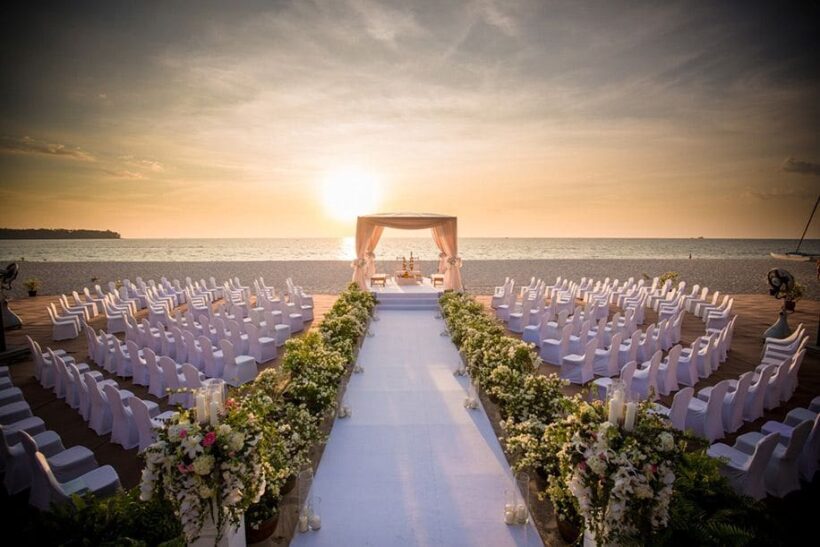 Phuket’s surging MICE market is now valued at 10.9 billion baht, as meetings, incentives and exhibitions attracted over 800,000 visitors to resort island in the last year. The islands increasingly prolific MICE market nearly doubled in year-on-year growth in 2017. As revenue for the segment skyrocketed from 5.9 billion baht to a record-high 10.9 billion baht, the key metric that reflects the economic impact is the average spend of 13,000 baht per person.

Looking at the size of the market, a new report from consulting group C9 Hotelworks Phuket MICE Market Update reported that for the full year, the island hosted 660 events with close to 60,000 participants. With overseas demand becoming increasingly prolific throughout Thailand, the Top 3 international geographic source markets are Singapore, Mainland China and India.

Another key feeder of business is Indian weddings, which is attracting high-spending events from the subcontinent. Over the last month the island attracted two luxury weddings, with spending for each eclipsing 320 million baht. One key catalyst that is expected to see this market grow is the uptick is introduction of direct flights by GoAir between the resort destination and Mumbai, New Delhi and Bengaluru.

One niche that Phuket has commanded a best in class reputation and sustainable upward trajectory is in large sports events. This year the Laguna Phuket Marathon attracted over 8,000 participants while garnering considerable international visitors. Other marquee events include the Laguna Phuket Triathlon and Thailand Yacht Show and Rendezvous.

Accessing the importance of the meeting and incentive segment to island tourism, Phuket has been successful in attracting high-yielding MICE business on substantially less volume than Thailand’s leading event destinations of Bangkok, Chiang Mai and Pattaya. The expansion of the gateway airport has added to the attractiveness by inducing broader demand.

Despite the absence of a convention center, recent notable additions include the new 1,000 seat Grand West Sands Resort and Splash Beach Resort venue which is being managed by Hong Kong’s Langham Hospitality Group. In the longer term, Central’s planned 10,000 square meter MICE facility in the heart of Phuket is expected to start development within two years, and will result in a coming of age for an already dynamic storyline of growth.” 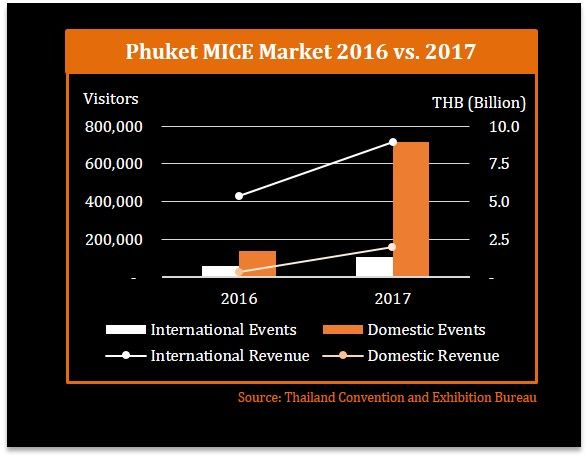