The Chinese yuan dropped sharply to its weakest level against the US dollar in more than a decade, raising fears of further dangerous escalation in the US-China trade war.

Yesterday, the Chinese yuan dropped below the 7 yuan to the US dollar threshold, marking the first time the renminbi has depreciated against the dollar since May 2008.

The depreciation of the yuan against the US dollar will not significantly impact the baht’s strength, but will cause investor sentiment to drop and leading to an outflow of capital from Thailand’s stock market, market experts and economists agree.

“The baht has not depreciated after the yuan’s weakening earlier yesterday as Thailand’s market is still seen by foreign investors as a safe haven. The yuan’s depreciation may cause market sentiment in Thailand to drop briefly, leading to an outflow of capital from the Kingdom’s equity market.”

Thailand’s bond market saw in inflow of 1.46 billion baht from foreign companies, yesterday according to the Thai Bond Market Association.

The yuan’s depreciation, Tim says, will reinforce investors’ sentiment that Thailand is a relatively safe market in which to invest, especially after it’s stability and sovereignty ratings have been improved recently by rating agencies.

The baht was valued at 30.8 baht per US dollar yesterday, according to the Bank of Thailand.

Standard Chartered predicts the baht will remain below 31 baht per US dollar in the upcoming weeks, but expects it to depreciate to around 31 baht to the US dollar by the end of the year.

Mana Nimitvanich, first vice president of Krungthai Bank’s Global Business Development and Strategy Group, said in a separate interview that the yuan’s depreciation will cause the market to worry that the trade war will worsen, leading to outflows from Thailand’s stock market. 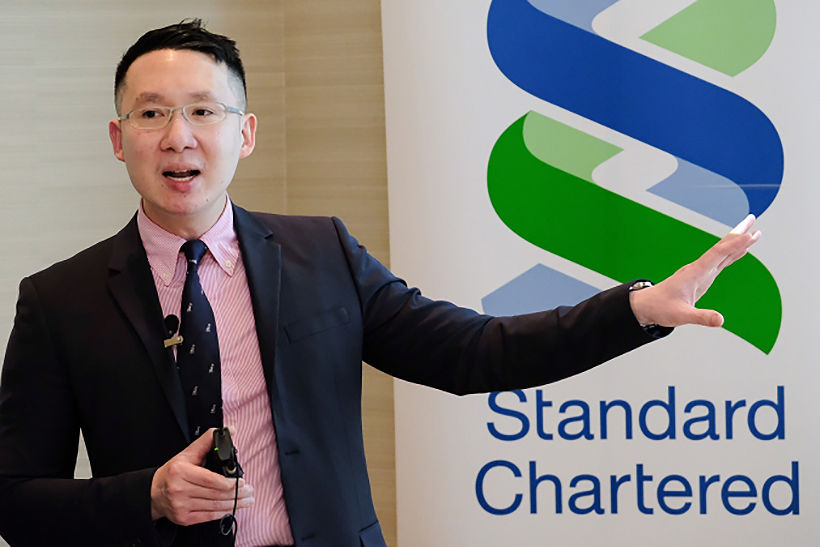