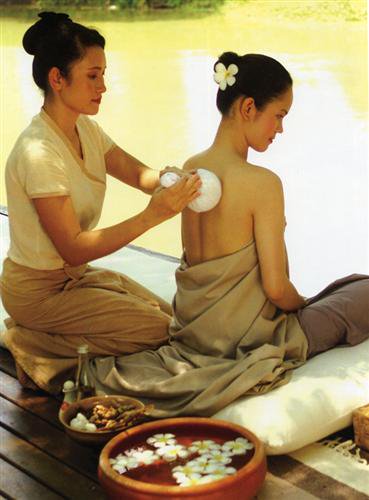 PHUKET: The Thai Hotels Association (THA) and the Tourism Authority of Thailand (TAT) will kick off a global campaign in December to woo back tourists to Phuket and other destinations in the aftermath of the flood disaster.

The campaign is set to run from December 15 until January 15, 2012, with THA members across the country, mostly three and four star venues, expected to join.

Participating hotels will offer “buy one get one free” deals on normal room rates to encourage tourists during the designated period, which falls during the traditional high season for tourism.

TAT’s 26 offices worldwide will help promote the campaign. THA president Prakit Chinamourphong said that although the campaign would run globally, THA and TAT would focus on regional markets like Hong Kong, Singapore and China as tourists from those areas would offer a faster response than long-haul travelers.

THA hoped that the campaign would boost tourism by 20%-30%.

Mr Prakit said flooding had caused the hotel occupancy rate nationwide to drop in November, from a projected 68% to 62%. However this is still an improvement from 53% last November, he said.

Hotels in Bangkok this month reported a drop of 40% as international tourists were still worried about inundation.

However occupancy rates in non-affected areas such Phuket have been strong, bolstered in part by people in affected regions fleeing the inundation. Rates in Phuket are running as high as 70% this month, compared to just 36% during same period last year.

Operators in Pattaya are experiencing 70% in November, with fully half the guests being Thais who escaped the flooding in Bangkok and Central region.

The occupancy rate at hotels in Chiang Mai was 56% in November, but rose to as high as 80-90% in December, when the Royal Flora Expo and a large conference were held.

Thailand’s worst-ever floods have already washed away more than 400,000 international tourists, according to estimates. The negative impact is expected to continue and could lead to as many as 300,000 visitors staying away this year, even though 97% of tourist destinations are not directly affected, according to the TAT.

Sansern Ngaorangsi, deputy governor for Asia and South-Pacific Markets at TAT, said his agency had revised down total arrival estimates from the projected 19.5 million to 18.3 million, mainly due to the flooding.

The authority planned to organize a “mega familiarization” trip in mid-December, bringing in 500 travel agents and media representatives from around the world. TAT would add more marketing activities in January and March to further boost the number of foreign visitors.

According to Mr Prakit, the association has handed its rehabilitation plans to Tourism and Sports Minister Chumpol Silpa-archa and urged the government to help with corporate tax measures, dept repayment extensions as well as provide financial assistance to affected operators.

The ministry asked the government for 3-5 billion baht to rebuild the entire tourism industry.

In other TAT news, the agency on Monday also rolled out a “Beautiful Thailand” recovery campaign to lure back tourists.

According to TAT Governor Suraphon Svetasreni, the most effective strategy to restore tourist confidence and build lasting momentum for the Thai tourism sector is to focus on value-added services and Thai hospitality, not price cutting.

“We are now focused on restoring tourist arrivals for the duration of the high season. The TAT is confident that from the year-end holiday period until March 2012, the second half of the high season, the tourism sector will have recovered. In the past, the Thai tourism sector has come back quickly when faced with similar situations. This clearly shows a travelers’ preference for and loyalty to the Thailand brand,” said Mr Suraphon.