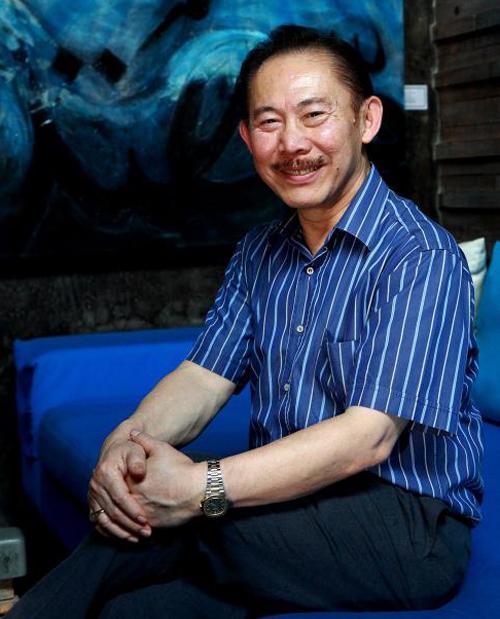 PHUKET: One of the island’s leading hotel figures, Wichit Na-Ranong will speak about Phuket’s changing tourism landscape this Friday, September 6, at the Indigo Pearl hotel.

Mr Wichit will share his extensive experience on Phuket’s journey to become a leading global resort destination, and provide background on how he has strategically repositioned his flagship hotel in Nai Yang to cater to upscale global travellers.

Expect a candid discussion about the island’s current trend toward mass tourism and the mounting issues the industry is facing. This is a fantastic opportunity to hear perspectives from someone who has been a key player in Phuket, from its early days as an emerging market, right up to the present.

The event is open to the public and will provide a great chance for those working in hotels, tourism, and other businesses to gain new insights into the Phuket story.

The meeting will also showcase the latest Indigo Pearl design collaboration with the iconic and innovative creations of Bill Bensley.

Registration for the event, organized by the Greater Phuket Chapter of the American Chamber of Commerce (AMCHAM), opens at 5:30pm with the session commencing at 6:00pm. Admission is 100 baht and includes a free drink during the networking cocktails that follow.

Last Call – Is there life on Mars?

When the airlines, in particular, were asking the government to put their hands in their pockets for some relief funding in August last year, it was genuinely thought that international tourists would be coming back for the high season in December and January. At the very least local tourists and expats would head back to the skies over the traditional holiday break. And surely the Chinese would be back for Chinese New Year?

As we know now, none of that happened. A resurge in cases started just south of Bangkok on December 20 last year, just before Christmas, kicking off another round of restrictions, pretty much killing off any possibility of a high season ‘bump’ for the tourist industry. Airlines slashed flights from their schedule, and hotels, which had dusted off their reception desks for the surge of tourists, shut their doors again.

As for international tourism… well that still seems months or years away, even now.

Passenger numbers on domestic flights within Thailand have doubled within a month, rising from 4,000 in January to over 10,000 this month. Having nearly recovered to pre-pandemic levels, domestic travel plummeted once more when Covid-19 resurfaced late last year.

Apirat Chaiwongnoi from the Department of Airports says 15 of Thailand’s 29 airports are now operating domestic flights, with more expected to follow. He believes the aviation sector will continue to recover further in the coming 6 months, bolstered by the national vaccine rollout.

Around 120 domestic flights a day are now operating, which is twice the number that were operating at the lowest point in the crisis. Prior to the resurgence of the virus in December, domestic passenger numbers had recovered to 30,000 – 40,000 a day, around 80% of pre-pandemic numbers.

The DoA says airports must continue to adhere to the Covid-19 hygiene measures put in place by the Health Ministry and the Civil Aviation Authority of Thailand.

Samut Sakhon’s Central Shrimp Market, the epicentre of Thailand’s recent wave of Covid-19, will remain closed until February 15. The market can reopen once the overall hygiene situation at the market and surrounding area has improved, according to the province’s disease control committee.

Local officials say the shrimp market needs to remain closed until the market structure and nearby residential facilities are inspected. People who violate the order face up to a year in prison and a fine up to 100,000 baht.

More than 12,000 people in the province have tested positive for Covid-19. The increasing number of infections is a result from the active case finding to contain the spread of the virus.