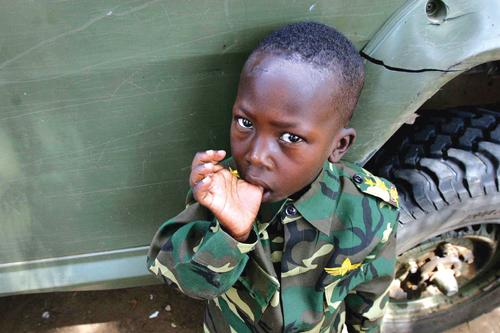 PHUKET: After aspiring journalist Howard W French graduated college in 1980 he joined his parents, American medical doctors, in Ivory Coast. His romance with Africa begins with a girl from Mali whom he meets in a nightclub. Intrigued by her tales of Mali’s history, he sets off on an epic overland trip to Mali to see for himself.

This journey comprises the first chapter of his A Continent for the Taking (Vintage Books, New York, 2005, 280pp). Subtitled The Tragedy and Hope of Africa, it’s mainly the story of his four years as African correspondent for the New York Times, a stint of far too much tragedy and nearly no hope.

He does revisit Mali and has praise for its resurgent democracy (one that was crushed a few years ago, leading to an Islamic insurgency and French intervention). But he would spend most of his time as a fireman, rushing from crisis to crisis in godforsaken places like Liberia and the Congo.

One flaw does run through this generally vigorous account of bloody unrest. As a black American, French tends to fall into puerile pontificating toward his presumed white audience – ignorant and indifferent of Africa. This leads him into overblown rhetoric and outright historical errors. He accuses the explorer Henry Morton Stanley of being a sadist, loading down his native bearers with heavy chains. If he did, they never would have been able to walk so far.

But his reporting is faultless. In the last days of the Congo’s despot Sese Seko Mobutu’s reign, stricken with cancer and faced with an invasion force organized from Rwanda, French brilliantly describes the chaos that overwhelms the crumbling capital of Kinshasa amid “the frenetic jostling for power of Mobutu’s elite, a motley collection of bemedalled generals and sticky-fingered grabbers dominated by relatives who had been rendered fat and plodding by years of unbridled greed”.

This is in contrast to the lush beauty of the country itself. By air, French reports:

“We went from forests as thick as heads of broccoli bundled tightly together to golden savannahs resembling the American Great Plains, and finally, as the earth began to rise and fold upon itself, to extraordinary mesas. Green and flat, rising sharply from the surrounding plains and neatly covered with grass, they looked as if Norse giants had conceived them for putting practice. A trance like state of relaxation settled over me…”

The whole country is reverting to jungle, roads and railways disappearing during the three decades of Mobutu’s epic misrule. French is on the plane with Bill Richardson, the American special envoy to the Congo, as he recounts his final meeting with Mobutu, telling him: “You are out. Do you want to leave with dignity or as a carcass?” Mobutu complains of disloyalty. “I said the mess you are in is not our mess,” Richardson said. “You didn’t govern your country.”

Not that French has anything but scorn for American diplomacy. He asks: “Why were Western powers still placing most of their money on corrupt, authoritarian regimes in the iron grip of charismatic dictators?”

A prime example was Charles Taylor of Liberia and his militias of drug-addled child soldiers. French’s horrifying escapades in the capital of Monrovia serve to highlight “one of Africa’s most horrifying civil wars. No fewer than 150,000 out of 2.6 million Liberians had died during seven years of mayhem. A comparable toll for the United States would be the loss of nearly 21 million citizens.” Meanwhile, the countryside had been devastated by looting, the surviving population dispersed by terrifying atrocities.

And how many Hutu refugees were massacred in Rwanda’s invasion of the Congo will never be known. French doggedly follows their 1,000 mile flight through the jungle from the Rwandan border. Time and time again, the rebels kill them, scatter them in flight, catch up with them again and kill more. Except for French, this story remained largely unreported.

In the end, French wearies of his burden. He opts for a new assignment in Japan and is dreaming of that peaceful society as he fights his way out of Central African airports, assailed on all sides by greedy officials and pseudo-officials. French is utterly fed up and the reader sympathizes with him.

Howard W French ‘A Continent for the Taking’ is available from Amazon, or in hardcover by order through all good bookshops in Phuket.

A walk in the (bird) park