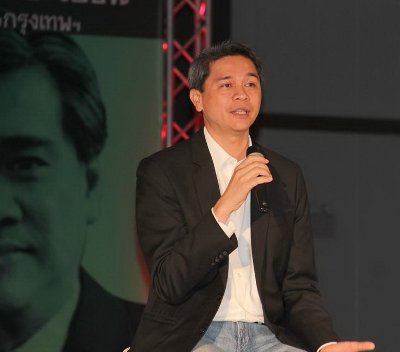 “This is the third seminar that [the PTA] has held on this topic, because we understand the importance of ‘creative tourism’ and the necessity of applying it to Phuket in preparation for the [introduction of] AEC 2105,” said PTA president Somboon Jirayut.

Vice Governor Sommai Prijasilpa, who chaired the seminar, noted that with future upgrades of Phuket International Airport looming, Thai AirAsia plans to expand its routes from Phuket to more destinations, especially to more cities in China and India.

“Phuket’s natural beauty is already especially attractive for tourists, and joining the AEC will persuade many more tourists to visit Phuket. However, relevant organizations have to work together to solve the issues of solid waste disposal and water pollution to make the island more beautiful and a quality tourist destination,” said V/Gov Sommai.

However, that isn’t all that is expected from Phuket for it to continue to grow as a top Asian tourist destination, as was pointed out by guest speaker Tassapon Bijleveld, CEO of Thai AirAsia.

“Phuket needs to develop its mass-transportation system. There should be more buses in order to provide convenient [transport] for tourists and to reduce traffic congestion,” Mr Tassapon said.

Phuket Business: Risk on, risk off