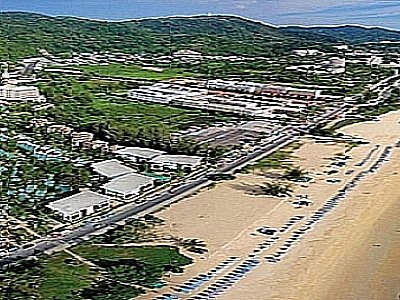 PHUKET: Jones Lang LaSalle Hotels is predicting that Phuket will be one of Asia Pacific’s hotel investment hot spots in 2012, following record sales in the first half of the year. Investment in the hotel property sector in Phuket is expected to exceed 10 billion baht (US$315m) for the full year for first time ever in 2012.

Mike Batchelor, Managing Director of Investment Sales at Jones Lang LaSalle Hotels said: “Phuket has seen record investment in the first half of 2012 and the market looks on track to enter a renewed period of growth as savvy international investors strategically secure landmark properties in Asia’s premier resort destination.”

Since the start of the year, Jones Lang LaSalle Hotels has advised on and managed the sale of three prominent properties in Phuket this year, including the acquisition of the 368 room Mövenpick Resort and Spa by Malaysian-based TA Global in April; 260 room Evason Phuket and Bon Island at Rawai by Singaporean-based Lum Chang in May; and 254 room Laguna Beach Resort by Hawaiian-based Outrigger Hotels and Resorts announced on the 24 July.

“With international passenger volumes surging 30 per cent in 2011, the island’s international appeal remains strong. In fact, international visitors to Phuket exceeded domestic arrivals for the first time. This growth has been fuelled by excellent air links and the expansion of low cost carriers across the region,” Batchelor added.

Other factors driving growth to the region include a US$180m planned airport upgrade slated to commence later this year, which will double the existing capacity to12.5m passengers per annum. In addition, political stability in Thailand since the 2011 elections has seen international confidence return to the region as evidenced in the spate of recent sales.

Further activity is expected in the second half of 2012 with Jones Lang LaSalle Hotels launching a five star asset on Phuket’s west coast this week, which is scheduled to open ahead of the peak season this year.