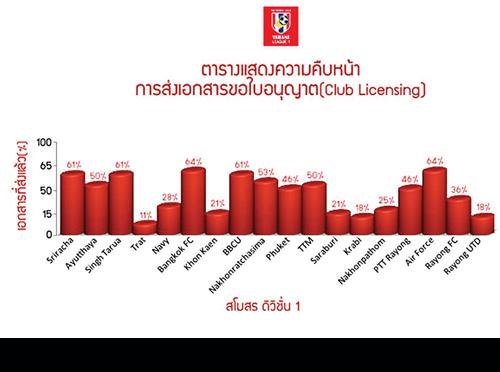 PHUKET: Thailand-based sports media corporation, Siam Sports Syndicate Pcl, has set a five-year target for the value of the Kingdom’s professional football market to grow by 300%.

VIPs from Thailand’s professional football leagues met last month in Bangkok to sign a five year licensing management and administration agreement for the broadcasting and promotion rights, and work out benefits of the lucrative industry.

The licensing administration and management agreement covers the period from 2013 to 2017, stipulating that Siam Sports will look after both the broadcasting rights for the two professional leagues, as well as seeking sponsorship for the various competitions managed by the FAT.

TPL governs both the Toyota TPL (Thailand’s elite division) and Yamaha One League (first division), while Thailand’s semi-professional second division is overlooked by a separate committee, who collaborate with the TPL for the AIS Champions League (promotion tournament for top division 2 teams up to division 1) towards the end of the year.

Mr Adisai Warinsirikul said that Thailand’s professional football market is currently valued at 200 million baht, and that the agreement would enable it to triple in value to 600mn baht by the end of the five year window.

He said that of the total revenue, 60% would go back to all the (36) clubs of the TPL and YL1, with a set target of no less than 20mn baht allocated for each club per year.

Meanwhile, the remaining 40% would be allocated among all the organizers to cover their expenses for broadcasting, sponsorship seeking and organization, as well as administrative costs of the TPL Co Ltd, and promotional media and commercials.