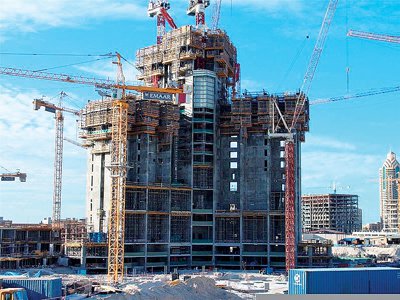 PHUKET: There’s an economic-cycle theory based on the link between the building of skyscrapers and economic strife. Guess what it’s called? Correct: the Skyscraper Index.

While many trends and theories these days are based on cycles, this economical theory is based on the completion of skyscrapers. So what is this theory and does it have any credibility?

Let’s first unravel the theory and then you can make up your own minds.

A tall index: Barclays recently published the new Skyscraper Index which shows there is an unhealthy correlation between the construction of the world’s next tallest building and an impending financial crisis. Sounds far-fetched, and is there any evidence to support this theory? All we can do is look at the historical time that Barclays is drawing this information from.

1873-1878 The long depression: The United States economic recession with bank failures that came to be known as the “Long Depression” coincided with the construction of the Equitable Life Building in 1873. At the time the building was the first skyscraper at a height of 142 feet.

1973-1975, US and world economic crisis: The 1972 construction of One World Trade Center; the 1973 completion of Two World Trade Center; and the 1974 construction of the Sears Tower in Chicago, coincided with a period of speculation in monetary expansion from foreign lending. It also coincided with the collapse of the Bretton Woods system, a rise in oil prices which caused a global economic crisis, and speculation in stocks, property, ships and aircraft.

2007-2010, The great recession: The 2010 completion of the tallest building in the world, the 2,717-foot Burj Khalifa, Dubai, coincided with the current global financial crisis.

So is this information reliable? When investing you have to take into account many factors, but I firmly believe trusting just “one” indicator, like the Skyscraper Index, is foolish. But there does seem to be an undeniable trend between the completion of skyscrapers and economic misfortune around the globe.

Investors look at everything from macro indicators like inflation, unemployment and GDP growth, to more bizarre ones like the diaper-rash indicator and the hemline index to measure the health of the economy.

Should we hold our breaths as the next world’s tallest skyscraper is built? Well, looking to China where 53 per cent of the world skyscrapers currently under construction are, and India where 14 new skyscrapers are currently underway; the economic prosperity in those regions don’t look set to falter any time soon.

David Mayes MBA lives in Phuket and provides wealth management services to expatriates around the globe, specializing in UK pension transfers. He can be reached at 085-335-8573 or david.m@faramond.com.