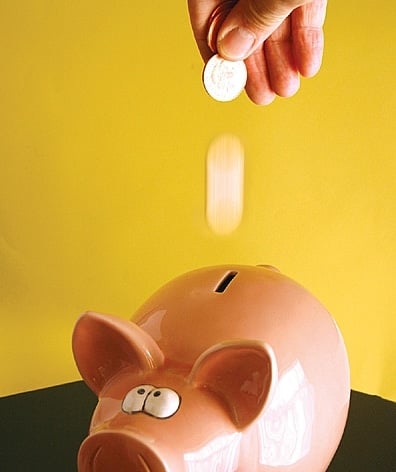 PHUKET: I am personally a very big fan of Napoleon Hill, and I have just finished re-reading his original work The Law of Success in Sixteen Lessons.

Each lesson is based on a quality or aspect which was a common denominator amongst all of the various successful men he had studied over a thirty year period, such as Henry Ford and Andrew Carnegie. One of these sixteen lessons is centered on the habit of saving money. It states that developing this habit was one of the essential tasks all who would be successful must do.

Most important is not so much the amount that is saved in the beginning when you are trying to instill this into your character, but simply that you begin somewhere and repeat the process until a habit is formed. The habit, once formed, can be maintained and increased much easier than it would be to begin with too large of a commitment and cause a reversion to the “spend it all” kind of lifestyle. In fact many people on the planet have become more and more Americanized in the sense that they spend not only what they earn, but in excess of it.

Debt can be one of the most crippling situations to find yourself in and the best defense against this happening is to develop the habit of always saving something from every paycheck. It doesn’t matter if you are suddenly faced with a major decrease in earning potential, because you can alter your lifestyle and simply save less, but as long as you are always spending less than you are earning you will eventually get to a point where you achieve financial freedom. It is impossible to achieve it any other way, because even if you greatly increase your earnings, your habit of spending more will just force you into an even more expensive way of living which eats away at any extra income. This is why often people who win the lottery find themselves poor again in a very short period of time.

Many of those who become very wealthy do so simply by using the savings habit, and as their unused money begins to compound, earned money earns even more money. This can eventually create an exponential increase in the size of the overall “pot”. This is a very big part of why the rich get richer and the poor get poorer; many of the rich have learned and understand how to practically use this fundamental “law” as Hill would call it. Others do not and therefore continue the cycle of spending all or even more than what they earn, and they never experience the freedom which wealth can provide.

The best way to ensure a happy retirement in Phuket is to ensure there is more than enough capital put away to continue to live off of, less than what a very conservative investment can earn you. This way it matters not how long you live and you will never have to experience a declining standard of living as your means begin to deteriorate as your capital is eaten into. The best way to reach this point at the earliest stage in life is to start saving earlier rather than later. Money has less work to do when it has a much longer time frame to achieve your goals.

David Mayes MBA lives in Phuket and provides wealth management services to expatriates around the world, specializing in UK pension transfers. He can be reached at david.m@faramond.com or 085-335 8573.

Phuket Business: Now is the time to structure your financial investments