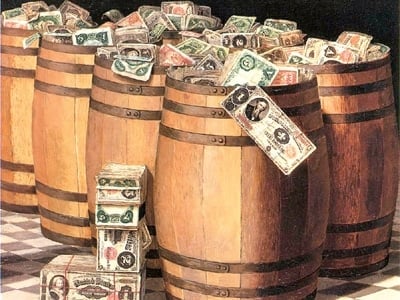 PHUKET: Now that we are fully into the swing of 2012, the Christmas tradition of goodwill to all men seems a lifetime away.

When I get out of bed and go on my now regular morning beach run in Phuket – yes, my New Year’s resolution is still being adhered to – global problems seem to be a million miles away. However, sooner or later, one of these global problems could very much affect us all. I consider ourselves very lucky with regard to fuel prices and don’t mind filling the car with 1,000 baht of 95, but I foresee a potential hike in prices. This could stem from the friction we are seeing between the West and Iran.

This has been going on for quite some time, but we are now starting to see things getting a little more serious. Iran currently supplies the European Union with 5% of its total oil consumption, and 25% to China. However impending sanctions on Iran have led to talk of Iran closing the Straits of Hormuz. The strait, a 34-mile-wide sea passage, connects the petroleum-producing Persian Gulf states to the ocean, making it a strategic choke point on the world’s economy. A closure would seem unlikely to happen, but the talk now seems to focus on Iran banning the sale of oil to specific countries, and what effects this would have on some of the EU economies has yet to be determined.

If a ban on sales does come to fruition, many of the EU states will have to look elsewhere for their oil supplies and this may hike the price of petrol at the pumps.

The EU gave preliminary approval to new sanctions against Iranian oil last week. On the table is a total ban on European purchases of Iranian oil – a sanction that would hit not just Iran but also key EU buyers including Greece, Italy and Spain.

Everyone is well aware of the delicacy of Greece’s current economic dilemma, so higher prices for oil imports into that country could have disastrous effects and push the Euro zone into further danger.

The UK, Germany, France and the Netherlands had been leading calls for nothing more than a three-month delay before the sanctions bite, but Greece, which fears its economic woes will worsen if it cannot find alternative suppliers at Iran-style preferential rates, has urged a much longer phase-in to ease the pain.

We will have to wait and see what happens in the next few weeks. However the price of oil will surely increase, and, with it, the price of petrol. From an investment point of view, this could present a good opportunity to buy over the shorter term, but only if you have the stomach to handle high levels of volatility. And, as always, any purchases should be held as part of a larger portfolio.