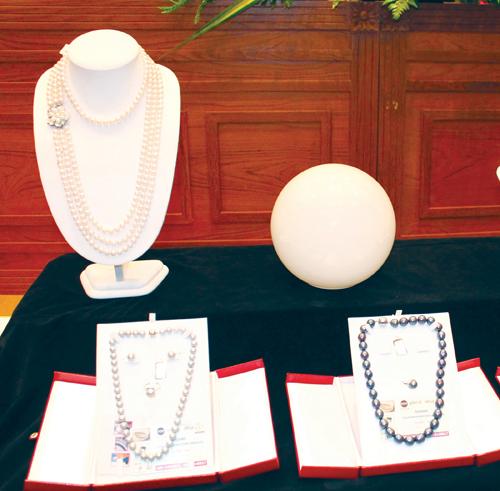 PHUKET: No less than 15 million baht is expected to be circulated during the “OTOP City – Four Regions” fair, an event that will showcase up to 200 booths selling quality local products from Phuket and across the country.

The fair being held at the Saphan Hin fair-grounds, in Phuket Town (click here for map), commenced on Friday and will conclude on March 2.

Speaking at a recent meeting of organizing committee members, Phuket Vice Governor Somkiet Sangkaosutthirak said that the Phuket Community Development Office had received a budget of 170,000 baht to organize the fair.

As part of the National Community Development strategy’s campaign entitled “OTOP Mobile to the Factory and Festival”, the aim of the fair is to promote distribution and sales channels for OTOP products, and thus increase income for OTOP retailers, he said.

Some 50 booths, at the fair’s entrance, will feature Phuket products. These include Batik fabric from the Chaiya Batik brand, as well as other similar traditional designer fabric products; etched leather products; locally-cultured pearls; snacks and sweets from Pornthip Phuket Co Ltd, as well as cashew nut products from local producer Cashewy, among other items.

In addition to this, there will be at least 136 booths featuring OTOP products from across the country, as well as a number of activities and shows showcasing the culture and heritage of four of Thailand’s regions – South, North, Northeast and Central.

OTOP stands for One Tambon One Product, and is an entrepreneurship stimulus scheme introduced by the Thaksin Shinawatra government (2001-2006) and modeled after Japan’s OVOP system.