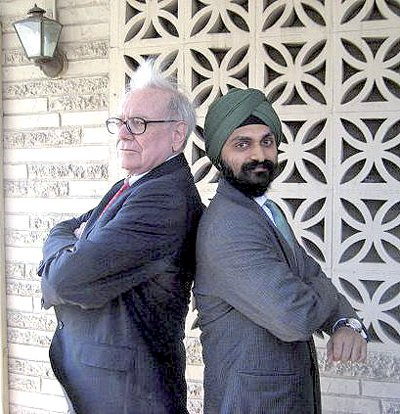 PHUKET: Warren Buffet, CEO of Berkshire Hathaway, is arguably the greatest investor of our time. Most of us can never hope to achieve the kind of success he has had, but we would all probably do well to follow some of his very common-sense advice.

I have gathered a few quotes attributed to him for this week’s article. They’re pretty much simple advice – and obvious if you really think about them – but then, most deep wisdom usually is.

Basically these quotes sum up a very simple yet effective approach to investing in stocks or businesses in general. Buy good companies, when times are bad and prices are depressed, and hold them forever.

Warren Buffet has amassed the bulk of his fortune from doing just that. He invests only in companies he understands, and chose to sit on the sidelines during the dot com madness. Thus he avoided the big crash that hurt so many investors at the start of the century.

He also is very anti-debt, which is what he is referring to in the final quote. If he has been able to achieve becoming the wealthiest man on the planet without being leveraged to the hilt (for many years it bounced back and forth between him and Bill Gates), there is no reason for anyone else to employ leverage either.

It should be noted that Warren Buffet doesn’t make money every single calendar year, and even he lost money last year. The big difference between his “losses” and most people’s losses are that his will be recouped easily when markets climb as he is invested in companies that will likely still be around in 100 years.

If you are seriously interested in stocks, wait patiently for the next crash, and invest in companies like McDonald’s and Coca-Cola when they have reasonable valuations.

David Mayes MBA lives in Phuket and provides wealth management services to expats around the globe, specializing in UK pension transfers. He can be reached at david.m@faramond.com or 085-335-8573.