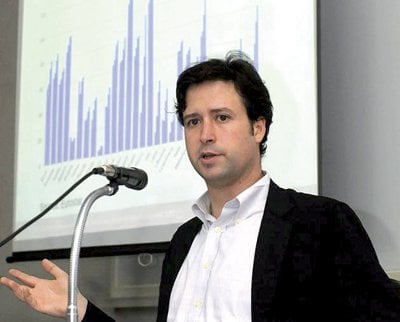 PHUKET: Mechanisms need to be in place for crisis prevention and resolution before the next economic crash, and this means the Southeast Asian regional financial structure needs to be reformed, warns Ulrich Volz, a senior economist at the German Development Institute.

Giving a public lecture at Chulalongkorn University on lessons learned from the current European crisis, Volz said there were five lessons to be drawn for regional monetary and financial integration in Southeast Asia.

These are: don’t rush with monetary integration; rethink costs and benefits of international financial integration; bolster crisis prevention and resolution mechanisms before crises hit; strengthen surveillance and monitoring of regional financial markets, and recapitalize banks swiftly after any crisis.

He added that he did not mean financial integration was not a necessarily bad thing.

A high level of political agreement and commitment is needed among countries to pursue successful monetary integration, as well as close macroeconomic and fiscal coordination, he elaborated.

The current European crisis highlights the dangers that advanced monetary integration can bring, in the face of economic and political divergences, he noted.

Volz said the European crisis highlighted once again that international financial integration will not automatically lead to efficient allocation of capital, and that it contributes to the development of unsustainable imbalances.

“East Asia should pursue a very gradual approach to monetary integration that allows for much flexibility and room for adjustment.”

Volz reminded the audience that since Asia has strong links to the US dollar, it creates a problem of high exchange-rate volatility for the region.

He urged Asean +3 (the 10-member bloc plus Japan, China and South Korea) to increase efforts to improve financial architecture.

An emergency credit-line agreement known as the Chiang Mai Initiative Multilateralization is a credit line of US$240 billion (7.56 trillion baht) and each member can draw only 30 per cent of its allotment in the fund, beyond which it must ask for assistance from the International Monetary Fund, he said.

In regard to the banking sector, he suggested that policy-makers respond immediately to banking crises with swift recapitalization. He blamed European leaders for acting too slowly to clean up the banking sector, as Japan did in the past, which contributed to that country’s “lost decade”.