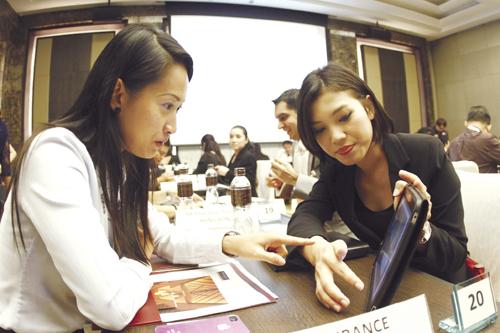 PHUKET: THE Kingdom’s central planning authority for inbound corporate and organizational tourism expects to generate 180 billion baht from Asian and Oceanic MICE (Meetings, Incentives, Conferences and Exhibitions) events over the next three years.

The new strategy effectively replaces last year’s “Seven Wonders of the Andaman MICE City”, a Phuket-centered campaign that has now been discarded, the Gazette has learned.

“The TCEB will not be applying the Phuket Andaman MICE city concept [from] this year because [sic] we’ll be pursuing a new campaign,” TCEB Senior Public Relations Manager Ms Arisara Thanuplang said.

The drafting of the new plan follows the government’s decision last October to shelf Phuket’s decades-old plan to build an International Convention and Exhibition Center (ICEC) on the north of the island. That ICEC, which had received tentative approval at a mobile cabinet meeting held on the island early last year, was the primary “wonder” outlined in last year’s campaign.

However, since the project was finally shelved – the government citing the project’s failure to pass its Environmental Impact Assessment – Phuket’s positioning as a regional MICE hub ahead of the 2015 ASEAN Economic Community, became uncertain.

Instead of positioning Phuket and the Andaman Coastal region as the centerpiece of Thailand’s MICE industry, the government will now broaden its promotional efforts across four “MICE cities”.

“The TCEB has developed marketing promotions for every [source] market and [Thai] destination we want to promote… including Bangkok, Phuket, Pattaya and Chiang Mai,” explained Arisara.

She added that like last year’s strategy, the new strategy will continue to target event organizers in short-haul source markets.

However, instead of focusing solely on Oceania, TCEB’s target will expand to ASEAN+6 markets, she said; in addition to the ten Southeast Asian nations of ASEAN, +6 includes Japan, China, South Korea, India, Australia and New Zealand.

With a three-year target of three million MICE tourists, the strategy consists of three primary campaigns that offer considerable incentives to organizers of specified types of meetings. Reinforced with a budget of 90 million baht, the first two campaigns will look to lure corporate and incentives meetings that consist of no less than 1,000 participants.

The first campaign will focus on “mega event” corporate meetings that last at least three days, with the TCEB pitching a sponsorship incentive of a million baht per event to potential organizers.

The second campaign will promote annual stair-step marketing meetings that will be held in the Kingdom for at least three consecutive years, and yield an annual participant increase of 10%. Target industries for such meetings include companies related to direct sales, automobiles, pharmaceuticals, banking, finance and insurance.

The final campaign, to be reinforced with a budget of 10 million baht, will look to promote meetings for associations from ASEAN +3 (China, Japan and South Korea) nations. Such meetings must comprise at least 20 members in order to receive sponsorship incentives from the TCEB in the amount of 1,000 baht per participant.

For this campaign, the TCEB says it has already selected 30 meetings comprising about 300 members or more each. These Association meetings are expected to rake in 800 million baht for Thailand in 2013.