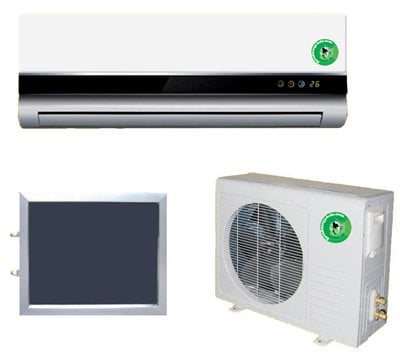 PHUKET: Despite rising energy prices and the scorching heat outside, home and business owners in Phuket can reduce their electric and utilities overheads by taking advantage of the latest energy saving innovations.

Up until recently, Phuket’s green energy market has been supplied with only a limited offering of environmentally friendly technologies and energy saving solutions.

Notably, a handful of key players have stepped up. In addition to Thai electronics household brand Amorn Group, the market has also lured several foreign-backed initiatives such as MonoSun Technology Co Ltd, ABO Trading and piloting newcomers, Powerrrup – all offering a familiar pitch: “Save the environment, Save money”.

With the available solar and wind power systems, islanders can now afford to sustain moderate energy needs ranging from water heating and pumping, to running basic appliances such as indoor and outdoor lighting, fans, radios, televisions and even lite refrigeration.

However, due to limitations of the current technologies, or supply thereof, there has seemingly been less cost incentive to go green for larger residential, commercial and industrial applications, which have higher energy requirements.

Save Energy Asia Co Ltd is one UK-Thai joint operation whose objective is to provide and implement the latest, energy efficient and cost saving solutions for the broader Thai market.

Specializing in ground-breaking, green technologies, which can be implemented on small and large scales, the Bangkok-based firm has an eye on the Phuket market.

“We are discussing setting up a branch in Phuket as we do get a lot of enquiries from down south,” Director Simon Fox told the Phuket Gazette.

“We think there is a huge market for solar air conditioners in Thailand. We have two factories here in Bangkok and are now starting to manufacture [solar] panels here,” he said.

“We are more than happy to provide installations in Phuket, and do currently have projects in the south” Simon added.

“The solar panels we sell can be ‘retro’ fitted to most air conditioners and improve the [energy consumption] efficiency by between 30% to 40%.

“They work best on systems in offices and factories which use air con mainly during the day. If the air con is used only in the evening then the efficiency is only improved by around 10%,” he explained.

“We also can install 100% solar powered solar air conditioners which work on 24V DC,” he added.

To convert an existing air con to a solar assisted air con system would cost about 16,000 baht, Simon noted, adding that a new installation from scratch would be between 30,000 and 100,000 baht, depending on the size of the units.

“The 100% Solar systems are more expensive, starting at about US$ 2,500 (about 80,000 baht) for a complete set which includes air con, solar system, controllers and batteries. But for locations where there is no power supply, they are worth it,” he said.

Simon went on to share his thoughts about the green energy industry.

“In fact, there are many cost effective ways to save energy. The main thing we have noticed is that there is a lack of professional companies that can actually give accurate technical information.

“Many companies here are happy to sell you something but will not tell you if it is actually cost effective or not. That’s the difference with our company. We will look at the situation first and advise which products are suitable,” Simon noted.

“We are also now working with several companies on the new ISO50001 certification. Our main role is to advise and prepare the company for the certification and to carry out the energy audits,” he added.

Other than solar air conditioning, his company also specializes in other solar and wind powered systems including solar swimming pool systems, water heating, pumping, and lighting – which are mostly already available in Phuket.

William Amonoo, Director of Phuket’s MonoSun Technology Co Ltd, told the Gazette that he is optimistic about the future of the island’s green energy market.

“Most energy needs across Phuket can be supplied by renewable energy. Water heating and street and traffic lighting could easily be powered by the sun,” said William, a Scottish national who started in the energy sector initially as a chemist and oil drilling engineer.

MonoSun not only supplies solar and wind systems, but has designed a number of systems for small resorts on islands off Phuket.

Indeed, there is much incentive for individuals and companies in Phuket to finally go green; if saving the environment weren’t enough, then the “bottom line” of reducing costs should certainly tip the scales for those who have yet to bite the bullet.