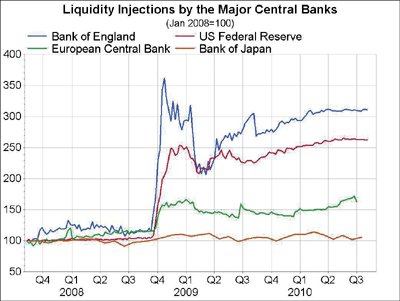 PHUKET: There have been several investment strategies, with great results, that I have been relying on recently. They are filling the gap left behind as banks are forced to shore up their capital bases and thus forgo many of their traditionally lucrative and profitable businesses.

One of these strategies – legal financing – I have written about several times. Another strategy that provides similar short-term loans backed by insurance, is buying high quality, short-term accounts receivable at a discount, a process known as factoring.

The Argyle Fund is one such alternative fund that provides a good return with extremely low volatility. It returns about 9.25% per year and is perfect for retirees looking for a steady income. The fund has an up front charge and only offers quarterly liquidity. In my opinion, this is not too much to ask in return for an income vehicle with such a steady return in today’s environment.

I recommend a minimum of a five year time horizon on money invested with Argyle, to avoid the back-end loaded redemption penalties, which decrease from 5% to nil over the five years.

An example of how factoring works is as follows. Let’s say a big multinational shoemaker has ordered shoestrings from a local manufacturer. The shoestrings have already been delivered, but the invoice terms are 90 days.

Unfortunately, many small businesses have had their lines of credit taken away as banks have sought to reduce their overall credit exposure. As such, the shoestring manufacturer needs the cash to pay suppliers upfront to be able to continue manufacturing while awaiting payment. This is where a factor will purchase the receivable at a discount.

Since multinational companies are considered pretty much a sure bet, insurance companies are happy to underwrite policies that protect against default. Thus, the factor can protect himself from the credit risk. Not all factors purchase insurance, however, the Argyle Fund only makes loans when they can purchase an insurance contract.

This greatly reduces the risk involved in the fund, although, one cannot go quite so far as to say it is guaranteed. However unlikely it is, a multinational could go bust during the 90 days and then the insurance company who underwrote the policy could go bust as well, and this could lead to a loss.

As the fund is diversified across many loans at once, I find it hard to imagine a scenario where the fund would take a large hit, short of the entire world systemically falling to pieces at once.

I personally think the probability of taking even a small hit is low enough that it almost can’t happen unless there is sophisticated fraud involved, which is a risk inherent to any fund in existence, anywhere in the world.

If you think you might benefit from such a fund, please check with your financial advisor to see if the fund matches your objectives and attitude to risk.

Too many retirees are turning to the stock market to try to make up for low deposit rates, which seem as if they will never return to normal levels. I fear those people may pay dearly for it.

Funds, which can offer some higher return without volatility, are a much better avenue in my opinion.

David Mayes MBA lives in Phuket and provides wealth management services to expats around the globe, specializing in UK pension transfers. He can be reached at 085-335-8573 or david.m@faramond.com