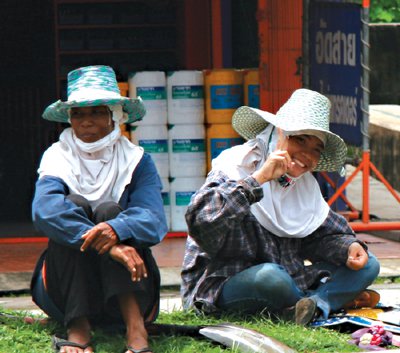 PHUKET: More than 20,000 unregistered migrant workers in Phuket now have until mid-June to register with the government, thanks to a Cabinet resolution earlier this month extending the deadline by five months.

Workers whose permits were set to expire on January 20 or February 28 now have until June 14 to extend them, but their employer needs to request the new permits and submit documents by April 12 to begin their employees national verification process.

Any workers who fail to complete the verification process by June 14 will not be allowed to work after that date, he said.

As an added incentive, alien workers who apply for permits and complete the verification process before June 15 will be eligible for 500 baht visas to reenter the country, Mr Noppadol said.

After the deadline, the visa fee will return to the normal rate of 2,000 baht, he said.

Mr Noppadol explained the new deadline to employers at a meeting attended by about 60 people at the Phuket Merlin Hotel recently.

Topics covered at the meeting included other issues affecting employers hiring low-wage foreign workers, such as the social security services registered workers would be eligible to receive.

Mr Noppadol said the Thai government is holding discussions with Laos and Cambodia to allow their nationals to work in Thailand under an MoU agreement, doing away with the need for national verification.

However, the date when formal talks on the issue would take place have yet to be announced, he said.

Mr Noppadol said there are now 72 companies in the country registered with the Ministry of Labor to act as agents to help the employers complete the complicated process of legalizing alien workers.

In addition to the original three located in Ranong, Tak and Chiang Rai, this brings the national network to eight, he said.

Nationwide, more than a million workers from the three countries must complete verification by the June 14 deadline.