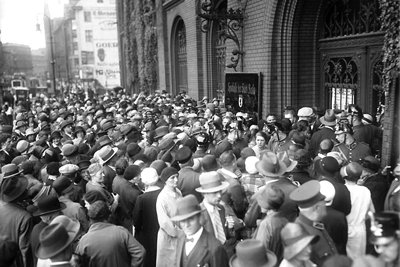 PHUKET: With the US stock market sitting near its 52-week high, and already having made a 100% move upwards from its low at the peak of the sell-off that occurred during the financial crisis, I have dug a bit deeper into history to get a feel for the frequency of crashes.

I have a good grip on the longer bull/bear market cycles that typically last between 13-20 years or so, if measured by trailing p/e (price to earnings ratio) peaks and troughs, but I’ve never realized how much time there has historically been between crashes.

Unfortunately, there is not a large enough sample to draw any statistically significant conclusions, but we can look to history to see what some of the observations in the last 200 years might tell us.

Obviously hard data from the 1800s is not as easy to come by as the current market data you can access online, but looking at crashes, which drew enough public panic to be recorded as a historic event on Wikipedia, gives us a starting point.

Few academics would admit how commonly used this source is, prior to digging up “real references” that expand upon and clarify what you initially learned from Wikipedia.

Some interesting points can be gleaned from these numbers. There is usually not more than 10 years without a crisis of some sort. The long stretches without any crashes may contain some, which have just not made it onto Wikipedia.

It appears that crashes generally were more spaced out in the last two centuries increasing in frequency during the last 30 years (especially since the invention of the Internet).

This leads me to believe that we can hardly expect to go more than a decade without a crash in the stock markets.

It seems more likely that they will continue to occur even more frequently due to the ability of the “electronic herd” to move out of markets en masse with a few clicks of the mouse.

This can cause massive panics such as the “flash crash” (which was created simply by computer algorithms picking up on drastic movements in the markets and amplifying them, rather than any panic by the investing public who are the usual suspects).

Thus, six years would be the upper end of my prediction for when we can expect the next crash or crisis of some sort (not that we are really through the current one).

The fact that we are approaching record high levels in US markets is more a cause for concern than a reason to celebrate in my view.

Obviously at some point the old highs will be replaced with new ones, but historically this has been the time to begin selling rather than buying.