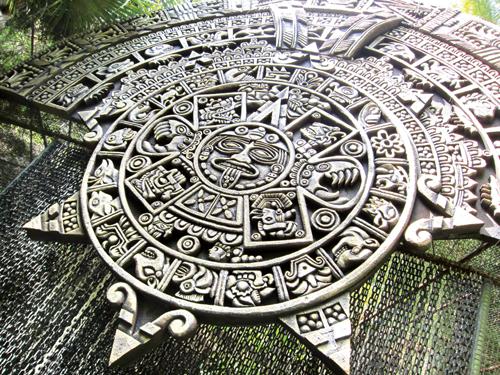 PHUKET: Often, one of the last interview questions to scientists or economic strategists is the ominous, almost motherly line: “What keeps you awake at night?”. In most cases the answer is obtuse and rarely what they call in submarine talk, a direct hit.

In my own personal version of Groundhog Day [the blockbuster hit starring Bill Murray] – over and over again I see stories in the global business press about China’s fairly imminent flat line trajectory and I find it pretty disturbing. No need to turn on the Discovery Channel for those loony doomsday prophets, when we have the real live monster in a box just outside the door trying to get in.

Maybe the Mayans had it right, except perhaps the guy at the top got things slightly off kilter by a year. We all know it’s easy to throw in a number or two, and I’m not sure if espresso was available at the time? Sure there were those magical green leaves from South America that you could chew till your nickname changed to “night train” but regardless – is 2013 the year where the entire house falls down?

The conspiracy theories are starting to make more and more sense. Looking at natural resource-rich Asia-Pacific countries such as Australia and Indonesia, who have pumped an infinite amount of product into the great mass of China Inc. In turn, personal and corporate wealth have prospered along with tourism and real estate. A total state of economic bliss has spread the rays of sunshine across our modern day Oz.

While the politburo of power have been warning for sometime that things might be shifting from boil to a slow simmer, consumption and debt across the region have taken on the breezy feeling back last felt in the summer of love in 1995 or 1996. Even Asian currencies have created superhero alter egos and boosted their own value up, up and away.

As is often the case, many pundits are pointing to the US as the villain in this drama. When not reading our emails or SMS’s, the US government has been busy easing the post GFC monetary stimulus drive. Capital which fled to Asia is now having buyer’s remorse and much of the market liquidity is shrinking. At risk is mounting inflation, and now we are seeing rapid gyrations on currency trends.

We all know how the non-stop party ethos ends, stressed and frayed at the edges – it makes you just want to crawl under the covers and sleep the day away. But the blanket is so heavy with mountains of debt. Forget small little mounds, we are way high up in the Alps, with only the sound of tinkering goat bells off in the distance.

Phuket, like everywhere else in the world, is heavily invested in the jackrabbit pace of the present. Tourism and property are important economic indicators for the island and despite the love-hate relationship with China, the boom of the past few years and its pattern of sustained growth has been driven directly or indirectly to a great extent by our big brother up to the north.

If you did believe everything you hear, read or learn secondhand from the news you’d never get to sleep. That’s where the walking dead or zombies come into play. Or even the Twilight thing, which I can’t quite seem to get my head around. Of course, I also have a hard time coming to grips with Harry Potter but let’s leave that for another time.

Baby, the world is about to end is what the news seems to be saying or shall we soften the blow with a nice little ditty like “lead indicators seem to say we are headed into a rapid nosedive.” Yes, there is of course hope, despite the fact that the Maldives or even southern parts of Rawai are about to disappear due to global warming. I wish Yao Ming was still in the NBA as he’d surely rise to the Chinese cause.

Yet the rise and fall of tides, be they economic, political, or natural, can be unpredictable, volatile and trade faces from friend to foe. I have enough trouble sleeping at my age without the weight of the global economy on my shoulders. If I can just find a blanket big enough maybe the entire mess will just disappear – well, for a few short hours at the very least.

7-Eleven – Can’t live without it