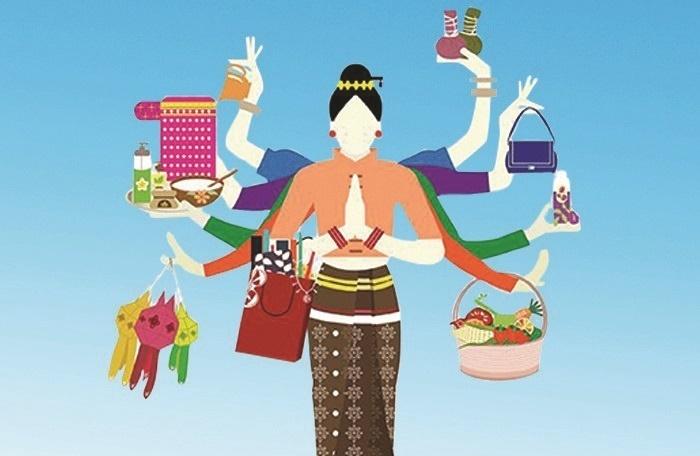 PHUKET: Tourism officials from northern provinces are hoping that a scheme to circulate tourists within the country will lead to better trade connections between Chiang Mai and Phuket.

Samroeng Chaisen, head of the ‘Office of Strategy Management Upper Northern Provincial Cluster 1’, Supawan Teerarat of the Thailand Convention and Exhibition Bureau, and other relevant officers met on June 16 to promote the Fourth Annual Lanna Expo to be held in Chiang Mai next month, where they expect to garner an estimated 3 billion baht for the northern province’s economy.

Officials said that an estimated 2,000 visitors from the Andaman area will travel north for the Lanna Expo this year, and that they expect 1bn baht to be earned in spa and wellness commodities.

“The purpose of this event is to promote the locale, as well as the entrepreneurial stimulus products that fall under the One Tambon One Product (OTOP) subsidies,” said Mr Samroeng.

Officials said Phuket is the major target of the expo, as spas and hotel businesses in Phuket are major buyers of northern wellness products.

“With this expo we expect to build more connections between the north and the Andaman. We want the spa businesses in Phuket to attend, as they’ll have more products to choose from. The new policy of the government is to spread tourists across the nation, by promoting unique elements of each province. That way, money will flow all over the country,” Mr Samroeng said.

“Phuket is in the middle of the rainy season now, but in the north it’s spring. Fruits and vegetables are growing well, and it’s a great time for tourists to visit Chiang Mai. And we’re encouraging tourists to go to Phuket from Chiang Mai during the summer season,” he added.

The event is being held June 30-July 6 at the Chiang Mai International Exhibition and Convention Center.

“This year’s theme is Lanna Health and Wellness, under the slogan ‘Lanna, Endless Charm’. The event will feature cosmetic and herbal spa products, herbal nutrition and medications, handicrafts, OTOP products, and other tourism services,” he added.

A closer look at the luxury car market