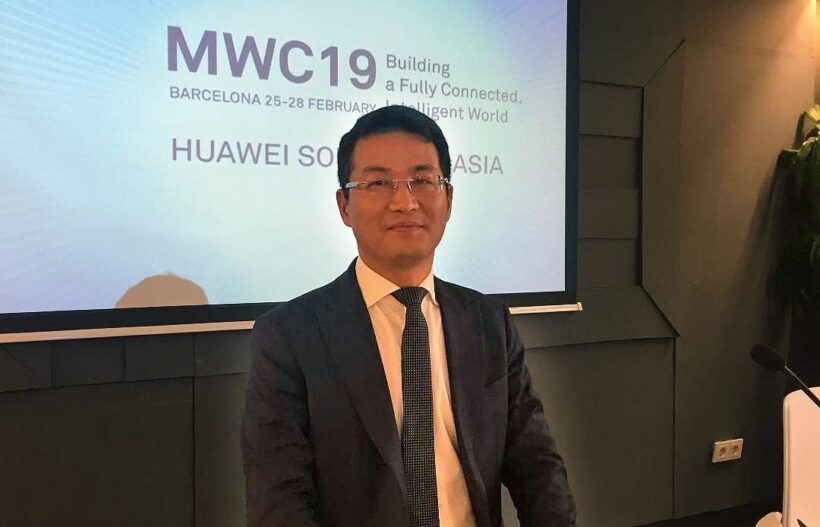 James Wu, the group’s president for Southeast Asia, was speaking in Barcelona, Spain, during the Mobile World Congress 2019 (MWC 2019) on Sunday.

He added that up to US$23 million (719 million baht) from the three-year investment budget of $81 million will go to opening its OpenLab in Bangkok and New Delhi. Another $50 million will be spent on developing the Huawei Cloud Developer Programme in the region, while $8 million will be invested in ICT talent development.

“Southeast Asia has always been an important market for Huawei. We have been continuously investing in this market, and bringing in the world’s leading and innovative technologies. We have established our regional HQ in Thailand. We invested $15 million to build the OpenLab in Thailand in 2017,” Wu said.

“At the end of last year, we worked together with the Thai government to build a 5G test lab to improve the 5G ecosystem. We have invested $5 million in 5G testing. All these show that we have been continuously investing in this market, and we believe it will be one of the most important markets in innovation,” Wu added.

This year marks the 20th anniversary of Huawei Southeast Asia.

“We’re trying our best to bring leading, secure and reliable products to this region. I think with the efforts of Huawei and the support of telcos and partners, we can help these countries to achieve their digital vision,” Wu said.

In the future, Huawei’s market share will be further consolidated,” Wu said.

In the Thailand market, Huawei’s local procurement was worth $180 million last year.

Wu said the company continues to be confident about expanding investments in Thailand although the country may see a new government after the elections in March this year.

“We don’t want to comment on politics. However, we believe that no matter how the policies change, for Thailand, as a digital hub of the region, the digitalisation and intelligent transformation will remain. As the leader of the industry, we will surely increase investments in Thailand, and hope Thai people realise their dreams.