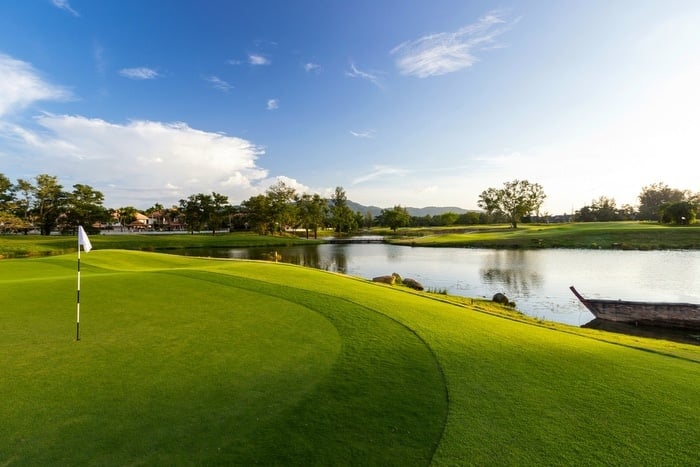 This new product sits between a lifetime membership and the one-year access card that most clubs, including Laguna, offer. The new memberships target several key markets in Phuket.

“Those people could be expats on the island who are not sure they are going to be here in 10 years. It is also for older people who maybe don’t think they are going to play golf that regularly after five or 10 years,” said Mr Wilson.

The freshly upgraded 18-hole course currently has an even spread of members with Laguna’s varying range of hotels and the properties drawing in a lot of different markets.

“We have quite a large percentage of Hong Kong-based members; not necessarily Chinese people, but a lot of expats that work and live there,” Mr Wilson explained.

“We also have a lot of European members who have invested in Phuket. They’re often called snow birds. I think this is because they come here for the winter and then they leave for the summer.

“We have a reasonable number of Thais who play golf all year round – it’s a very even spread to be honest.”

Mr Wilson also revealed that the club is working on a junior event, which will be the first-ever Phuket Junior Golf Tournament.

“We are working with one of the international schools. This is almost ready to be confirmed now; it will be coming soon. At the moment it is in a planning stage,” he said.

“We are also talking about doing an internationally-recognized golf event in the future. Previously, in 2009, we held the Thailand Open on the Asian Tour. We would really like to bring some sort of golf event back to Phuket.”

As Phuket moves into the low season, Laguna is gearing up to refurbish its three tennis courts and turn one of its two hard courts into a soft one with artificial grass. This is very popular among tennis players, because it is easier on the knees and better for amateurs, as they move a bit slower.

While tourism and golfing businesses are always slower from the end of April through November, Mr Wilson pointed out that seasoned travellers and players are aware that it rarely rains all day, every day during the southwest monsoon season in Phuket, and with a bit of flexibility, they could get a better experience.

“The golf course is a lot quieter, there are fewer people around and you get more time to yourself. There is not so much waiting for tee times and things like that, and also the rates are considerably lower,” he said.

“The only thing you don’t get in the low season is swimming in the sea, because it is quite choppy. So, you will need to use your swimming pool instead.

“You just need to be a little flexible with your timing. Maybe you wake up in the morning and it’s raining, so you wait a couple of hours for it to stop, and then play. Or, maybe you play half the game and it starts raining, so you have time to go have some lunch and then continue after that.”

Finance: Cashing in on retirement