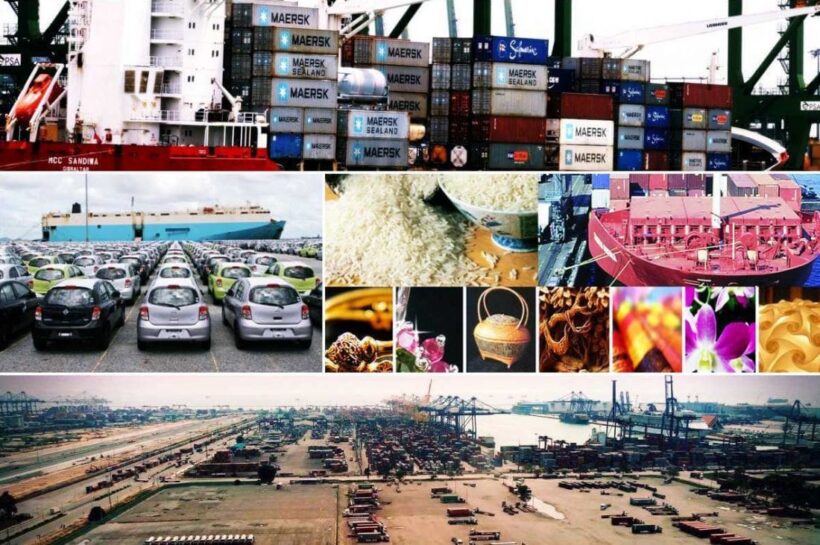 Finance Minister Apisak Tantivorawong predicts Thailand will encounter slower economic growth in 2019,. The Minister cites uncertainty from the trade war between China and the US, the upcoming Thai election and a slump in tourism as the key factors.

The Nation reports that Apisak made the comments at an event organised by the engineering faculty of Chulalongkorn University.

“The peak of the current economic cycle was during the first two quarters of last year, followed by an acute slump in the third quarter. Given that consumption and private investment are still continuously growing, we expect the economy to continue to grow in 2019, but at a slower pace.”

The first two quarters of this year saw growth of 4.8 per cent year on year. The economy managed growth of only 3.3 per cent in the third quarter and a recovery is expected in the fourth quarter, but not at the pace seen for the first two quarters, Apisak said at the Chulalongkorn event, the Engineering Dinner Talk.

Growth in exports is also expected to slow in 2019. This is due to the lagging negative impact of the trade war between the US and China, with some of the consequences to be felt next year.

“Many have suggested that Thailand can gain from the trade war through replacing Chinese goods in the US market and manufacturers moving their production base from China to Thailand. However, in the long-term, the trade war will only hurt the Thai economy,” the minister said. This is because Thailand is deeply entrenched in the supply chain, which is affected by the tariffs imposed by the two economic giants, he said.

At the event, Apisak addressed the relationship between the upcoming election and growth in foreign direct investment in the Kingdom.

“After talking to many foreign investors, they have said that they are holding off investing in Thailand until after the election. This is because they fear that political stability will be damaged as a result of the election,” said Apisak.

The final key factor likely to contribute to slower economic growth in 2019 is the decline in tourism. Visitor numbers have slumped significantly since a boat accident near Phuket in the middle of this year.

In August, 867,000 Chinese tourists visited the Kingdom, down 11.7 per cent month on month. In September, only 648,000 came, marking an even steeper 14.89 per cent fall month on month, according to the Joint Standing Committee on Commerce, Industry and Banking (JSCCIB).

Apisak said the boat accident – which claimed the lives of dozens of mostly Chinese tourists – had led many Chinese to question Thailand’s safety standards, but it was not the only cause of the fall in tourism numbers.

“Tourism has also fallen as a result of external factors which we cannot control,” he said.

“The slowing of the Chinese economy as a result of the trade war and the weakening of the yuan currency have led to falls in the number of Chinese tourists globally.”

With the declines in exports and tourism, Apisak said investment in the Industry 4.0 policies championed by the government, with the Eastern Economic Corridor (EEC) as a major component, will be the key driver of growth in 2019.

“The EEC is expected to be a key focal point of investment in 2019,” Apisak said. “With strong private investment levels in 2018, we expect this trend to continue into next year. Public investment in infrastructure and transportation throughout the country will intensify in 2019.

“Meanwhile, foreign direct investment into the EEC is also expected to rise after the election in February next year.”