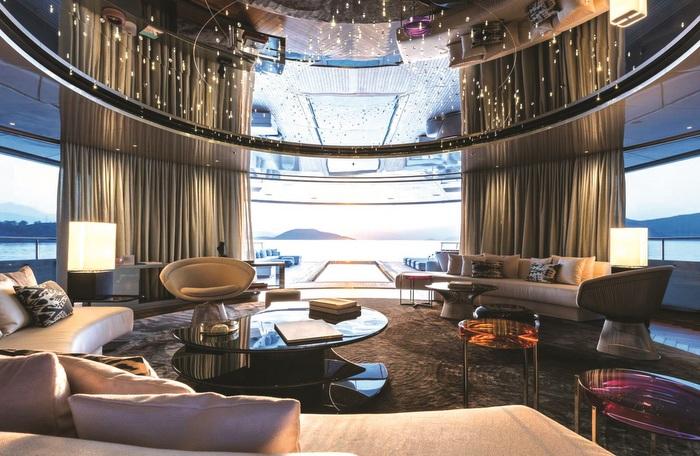 “At this moment, Feadship is building multiple yachts in different sizes and in different models for Asian and Asia-based clients. The product and the brand appeals to the most discerning yachtsmen in the region, most of them having already owned yachts and/or chartered Feadships,” Commercial Director Bas Nederpelt of Feadship tells the Phuket Gazette.

Though Asian buyers knew how to find Feadship more than 20 years ago, Mr Nederpelt says that there is now a ‘significant’ number of orders ‘well spread’ in the Asian region. The company declines to disclose the exact number of orders handled over the last five years.

However, a number of Feadship clients do live in Phuket or spend their holidays cruising here, often also visiting the Andaman Islands and Indonesia as well.

“Phuket is becoming one of the yachting hubs where we certainly want to be present,” Mr Nederpelt says. “There are several superyacht owners already and many potential clients who can move up to Feadship.”

The company has been involved in the growth of the superyachting community’s awareness of Phuket as a cruising destination, having supported the Asia Superyacht Rendezvous in Phuket since the event’s early days.

“Thailand, and Phuket in particular, functions as a hub for superyachts. Over the years Feadships – yachts which travel the world more than any other brand – have visited Phuket regularly, not only for the beautiful waters, but certainly also for the good infrastructure and great hospitality. Phuket has the best position to be the main yachting hub in Asia,” Mr Nederpelt said.

However, in general, the company is noticing that those yachts being used in Asian waters, such as Phuket, tend to be a little smaller than the yachts built for other regions.

Nonetheless, Mr Nederpelt points out that, “All our yachts, from under 40 meters to over 100 meters, have in common that they are of the same quality irrespective of the size.”

The government is continuing to build on this legacy of stunning cruising grounds and good infrastructure, Tourism and Sports Minister Kobkarn Wattanavrangkul recently told the Gazette. This goal was a major factor in the government’s backing of the TYS.

“The event [TYS] aims to support the government’s move to promote Thailand as the ‘Marina Hub of ASEAN’, as well as to stimulate Thailand’s economy and further develop its marine tourism industry,” Ms Kobkarn said.

When asked about the impacts the Asean Economic Community would have on Feadship, if any, Mr Nederpelt points out that all initiatives that open up markets, as well as reduce barriers and taxation, will be of help.

The long-term success of Thailand’s push to develop the marine industry and better cater to superyachts will come down to legislation, concurred Transport Minister Arkhom Termpittayapaisith.

“We have recently announced the regulations and requirements for the new superyacht charter licence that will allow foreign-flagged superyachts to stay and operate in Thai waters for one year at a time. So far, three superyachts have been presented with the licence,” Minister Arkhom said. “In addition, we will collaborate with the Immigration Bureau to facilitate extending the length of stay for crew working on board a superyacht to one year, or equal to the yacht’s cruising duration. Meanwhile, the tax issue is being discussed among relevant agencies such as the Revenue Department.”

In addition to changes in legislation, Phuket marinas continue to develop the necessary infrastructure to cater to the larger recreational vessels.

“The new charter rules (tax reduction), yacht and charter shows and improvement of the infrastructure for yachting will give this [market growth in Phuket and Thailand] a push,” Mr Nederpelt said. “Phuket, and Thailand as a whole, deserve to become one of the top yachting destinations. With joint efforts from the government and the yachting community, this position can be claimed.”