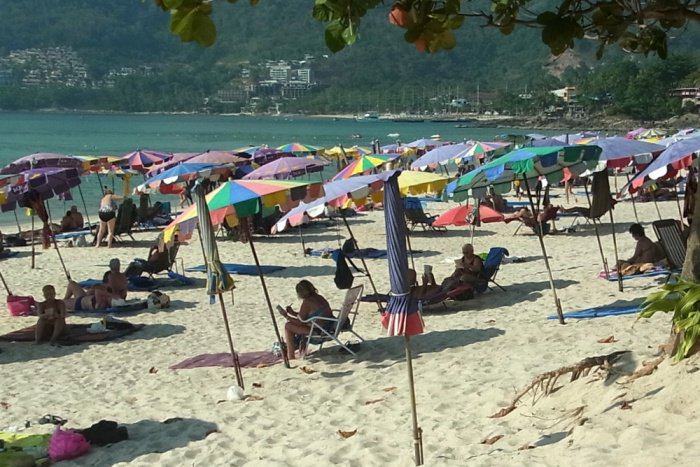 PHUKET: Experts say the government needs to get serious on the long-term development of the tourism industry, and decide whether quality or quantity – that is, sheer numbers of tourists or how much they spend – is of most importance.

She said the association was concerned about the possible long-term impacts of such an influx, placing a strain on the country’s resources and triggering social problems. Ben and other tourism experts

question whether the Kingdom can guarantee that many people a pleasant and safe experience during their stay.

Serious attention to this matter was given last week at a discussion panel hosted by the PATA Thailand Chapter, which concluded that the tourism industry needed critical analysis and careful interpretation.

“Do we still need to have millions of Chinese tourists? Or do we want more tourists coming to Phuket, where demand is more than supply and Phuket Airport is already full? These are some of the problems the government should consider,” Ben said.

PATA also suggested that the government decide whether to focus on the number of tourists or their quality before it completes a new national tourism master plan.

John Koldowski, a tourism expert from Thammasat University’s College of Innovation, said it must be remembered that demand forecasts may not necessarily equate with actual results because of a multitude of intervening factors during the forecast period.

He added that the implications were very clear as Thailand continues to hold a commanding position as a desirable destination, based on this level of potential demand.

International arrivals to Thailand in the last quarter of 2014 rebounded and brought the year-end total to almost 24.8 million, still a decline of 6.7 per cent year-on-year, but very much better than what was anticipated halfway through the year. Furthermore, that result was still close to 11 per cent higher than the inbound volume received in 2012.

The early results for 2015 are heartening, as daily arrivals into both of Bangkok’s airports were 18 per cent above last year’s figures for the first six weeks of the year, and the trends currently look to be improving.

During the PATA event, attendees heard about the Tourism Authority of Thailand’s plans to focus more intently on emerging Eastern European markets in the future with the planned opening of a TAT office in Prague. Meanwhile, the Tourism Council of Thailand is interested in South Africa as a future growth market for the Kingdom.

A key issue raised at the session was whether the current ways tourism flows into and around Thailand are measured and reported will be sufficient in the future, especially as regional tourism becomes a more recognisable force under the Asean Economic Community.

This generated some challenging dialogue and resulted in some of the suggestions being proposed for deeper consideration and evaluation beyond just an arrivals count and/or profitability.

The panel noted that tourism and related businesses created jobs in under-served and rural areas as well as increasing business opportunities. However, tourism’s social, environmental and economic impacts must be effectively measured if it is to be properly managed for the benefit of the people.

Ben said Thailand needed to take a hard look at the tourism industry, not only where it is now but also where it is going and what should be done to strengthen this sector of the economy in a sustainable and ethical manner.

A very good year for stocks

Phuket Hotel Association to be key platform for hotel industry