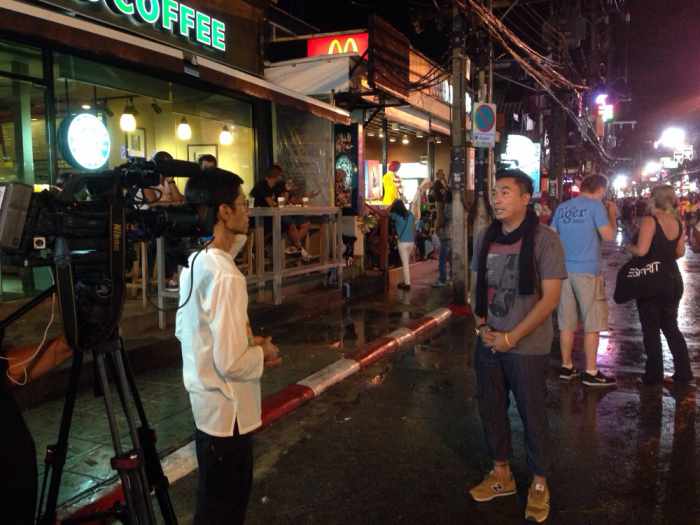 Though figures vary between the Tourism Authority of Thailand (TAT) Phuket Office and the Phuket Tourist Association (PTA), both agencies agree that the coup has affected the tourism industry.

Additionally, new reservations have slowed by 10-20 per cent when compared to last year, Ms Anoma explained.

“However, we are monitoring the situation and expect to see booking numbers start to improve. We are gaining tourists’ confidence by telling them the truth: they can continue their holiday as normal. The only effect the coup has on them is the curfew, which the Army has relaxed.”

As of late yesterday, the curfew has been removed entirely from Phuket.

The statistics collected by the PTA reveal a less dramatic change.

PTA has noted only a 3-5 per cent cancellation rate.

“I have heard that the TAT has estimated cancellation rates as high as 10 per cent. I don’t think they are that high. Tourists are still coming to Phuket,” Mr Bhuritt said.

“Hotel occupancy seems about the same as last year. However, I would say 10-15 per cent fewer people are planning on visiting Phuket in the future – mostly due to concerns about travel insurance.”

Patong business owners confirmed to the newly-elected Patong Mayor that the curfew has impacted their revenue.

“It is the ‘Green Season’, so fewer tourists are coming to Patong anyway. However, the curfew and coup has affected tourists’ opinion of Phuket,” Patong Mayor Chalermluck Kebsab said.

“Nonetheless, tourists are still visiting. I think they understand that there is no violence associated with the coup in Thailand.”

“The curfew [now cancelled in Phuket] had an immediate effect on Patong. The night entertainment industry took a hit of about 10 million baht a night. Now, the daily losses have eased off to probably 5 million baht or less,” Weerawit Kurasombat, president of the Patong Entertainment Business Association says.

“This is much more acceptable. What happened is in the past; we will let it go and move forward.

The military coup is bullish for the Thai Stock Market