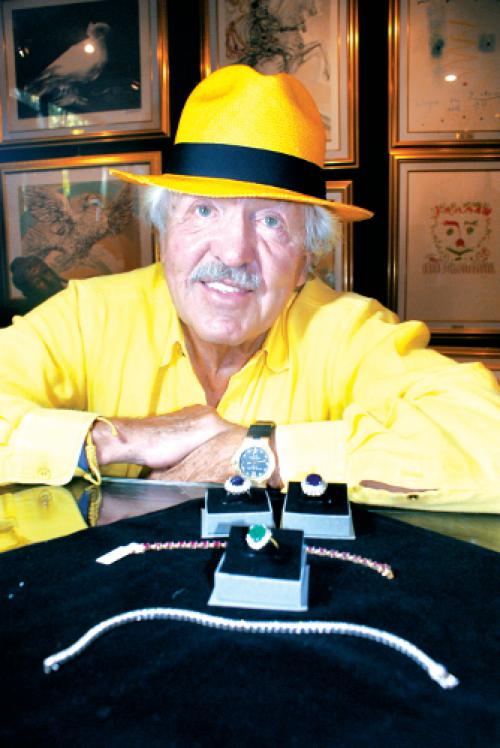 PHUKET: Art gallery owner Eric Smulders is well known on the island for his passion for Asian art, but recently he has taken the plunge into the world of fine jewelry. At his gallery in Surin, Soul of Asia, Eric will be displaying and selling 60 pieces of exquisite jewelry featuring precious stones such as diamonds, emeralds, tanzanites, sapphires, rubies and others. But before you think these might be out of your reach, make sure you check the price tag, as all the pieces are selling from up to 80% below their official valuations.

How can this be? Well, Eric is not a newcomer to the business – he spent six years as managing director of Cartier, so, you have to take him at his word when he says: “I know a little bit about jewelry”. He has spent the past six months amassing the collection from estate sales and auction houses such as Christie’s and Sotheby’s at rock bottom prices and is able to on-sell them to customers in Phuket for unbelievably low prices. All the pieces have valuation certificates stating their authenticity and estimated market price.

Eric says that his ability to find such bargains is largely due to the recent global economic woes forcing many in the jewelry industry out of business.

“In the last few years, many jewelers went bankrupt. Many dealers in, say, rubies and sapphires, have also gone bankrupt because the market has just dried up.

“So out of that has come a kind of new industry that markets these jewels [sourced] from bankruptcy courts, from seized government assets and from jewelers who go bankrupt,” he says.

Eric is confident the pieces will sell fast, and if this new venture is a success he says he plans to integrate it as part of his gallery business on a permanent basis.

“This will be a part of the continuous activity of the gallery. I’ve always been interested in jewelry, especially managing Cartier for five or six years. That was about 15 years ago. So, I know a lot about this stuff and I know a lot of people in the industry.

The lowdown on common EFT investments