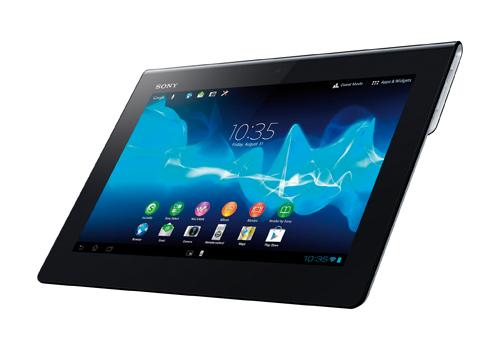 PHUKET: Southeast Asia’s internet infrastructure has improved by leaps and bounds, spurring the increasingly connected society to seek gratification for instant connectivity via portable devices such as tablets and laptops.

In the last 12 months, demand for both devices grew to hit combined sales of nearly 14.2 million units across six of the region’s key markets – Singapore, Malaysia, Thailand, Vietnam, Indonesia and Philippines – reflecting a 32% growth in volume sales compared to the previous year.

Both the laptop and tablet markets in this region reported a surge in sales, albeit at significantly differing level of growth. Although laptops continued to make up more than half the combined sales volume at 57%, the segment’s growth rate for Southeast Asia stood at 4%, whereas the fast growing tablet segment doubled in volume demand (101%) in the June 2012 to May 2013 period, compared to this same period the year before.

“Consumers in the region’s developing markets eager to get their hands on the latest tablets and laptops spurred the overall market’s strong double digit growth rate in the range of 11% to 54%,” commented Gerard Tan, Account Director for Digital Technology at GfK Asia. “However, it is mainly the tablet market which has been the key growth propeller with four of the six countries reporting more than two-fold incremental sales volume.”

Indonesia is the largest tablet market, accounting for nearly 1.3 million units or over a third of total tablet sales volume in the region, with consumers there snapping up one in every three units of all tablets sold across the six markets. Compared to the previous year, demand for tablets in the country surged by 141% in the latest one year period. However, the most robust market appears to be the Philippines where the tablet take-up rate in the last 12 months grew at 322%.

“It is worth highlighting that cost of tablets in all of the markets have dipped significantly over the past year, averaging at around 27% throughout the region,” observed Tan.

“Not surprisingly, the competitive marketplace is inundated with countless international and local brands and models, 180 brands across Southeast Asia last year to be precise, giving consumers a wide variety of options that can suit any type of budget.”

For instance, Indonesia and Thailand carry over 60 tablet brands in their respective local markets, availing consumers in the country around 300 models to choose from. Not surprising, prices of tablets are also lowest here, selling at an average price of US$357 and US$408, respectively. On the other hand, in Singapore where there are only around 29 brands, the average tablet price was highest last year at US$525.

Meanwhile laptop sales continued to surge in Indonesia and Thailand by 17% and 16% respectively, while the Philippines and Singapore fell into the negative growth range.

“Laptops are definitely facing stiff competition from tablets as they present a possibly more inexpensive and comparable option for consumers seeking a slightly larger portable smart device with stronger capabilities than smartphones,” said Tan. “However, laptops have their own unique functions and are able to perform tasks which tablets may not be able to, so both products have their own unique space in the market.”

Moving forward, we can anticipate a more vibrant and competitive marketplace as manufacturers of both products come out with newer and more innovative features to vie for the consumer dollar,” Tan concluded.