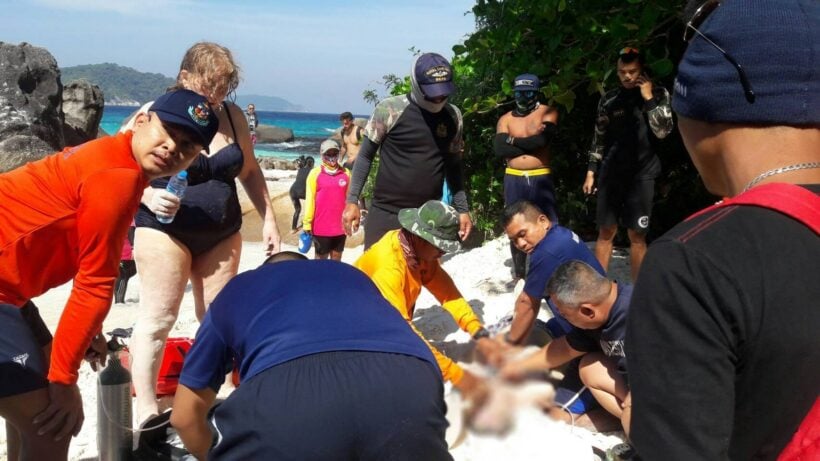 60 year old Dennis Michael from Britain was pulled out of the seas off the Similan islands on Sunday. The incident happened off the beach in front of Koh Si. Royal Thai Navy Area 3 officers from the Similan marine security unit tried CPR but were unable to revive him. He was rushed to shore by the national park’s speedboat.

An ambulance was on standby at Tub Lamu Pier. However, when the team arrived onshore at the pier at about 5.45 pm, the doctor announced that he had already died. His body has been transferred to Bangkok Hospital in Phuket Town. 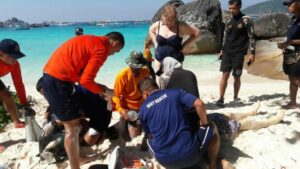 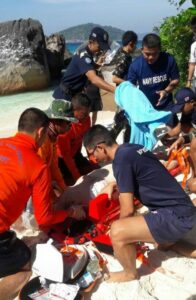