Today the Thai Government has announced a six month closure of the island of Phuket. The shutdown will commence on May 1, 2019 and reopen on October 31, 2019.

PM Gen Prayut Chan-o-cha spoke to a meeting of Thailand’s peak tourism and business groups saying the drastic closure is necessary to ‘get Phuket’s house in order’ citing environmental degradation, taxi ‘mafias’ and corruption in the local administration.

“Taking our lead from the Philippine President Duterte, when he closed Boracay, we decided that we had to make the difficult decision to close down the popular island resort of Phuket. The closure is an important step to allow the island to catch up on vital infrastructure projects and sort out many long-term hazards that threaten Phuket’s most valuable resource, it’s beaches,” said the PM. 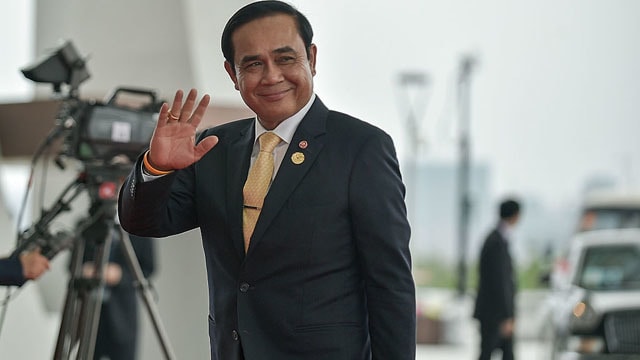 The Prime Minister arrives at Government House for today’s important announcement about the closure of Phuket.

“It has worked so well with Maya Bay (which had a similar forced closure for four months) that we’ve decided to extend the closure concept for the entire island of Phuket.”

The Government is calling the project Phuket 2.0.

The airport will be closed to all international traffic and only domestic flights will be allowed. People travelling without Thai ID card or valid visas will not be allowed to use the airport or board planes headed for Phuket. The Government says it has already alerted international airlines and travel companies by fax.

Several of Phuket’s peak organisations have said they will ‘vigorously protest’ the closure saying that it would ‘be the end many businesses’ and kill off the island’s tourist industry for good. The head of the Patong Tuk Tuk and Taxi Cartel says the idea is ridiculous, poorly thought out and has been made without consultation with the island’s tourist operators or business people.

“There is no way we will allow this to happen. There are too many people’s lives that rely, solely, on their daily income from driving tourists around the island at extortionate prices. We will fight the closure and ensure it doesn’t happen. They will soon find out who runs Phuket.”

The Phuket Hotels Incorporation says the Government is making a grave error and that its 1600 members will be making urgent representations to the Government to reverse the decision.

“We appreciate the Government’s intentions but closure of Phuket is a blunt tool to fix the island’s problems”, said the PHI President. 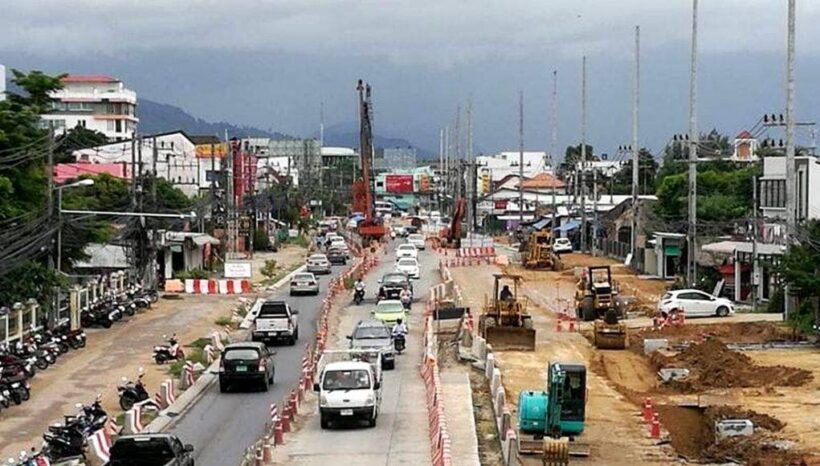 After the contractors said Chalong Circle’s completion will be delayed until at least 2025 the PM said “it’s time to take some firm action and buy some better spades.”

The Government has set out its budget and works schedule for the six month closure which will include the addition of 16,000 Army and Navy officers who will be stationed on the island and assist contractors complete vital works including underpasses, new roads, an eight lane freeway running from the Airport to Kathu and the start of the long-awaited Patong Tunnel.

The PM says that, following the six month closure, Phuket will be better prepared to claim its place as Thailand’s premier resort island and provide improved and sustainable services to future tourists.

“We have discussed financial compensation with some of Phuket’s larger companies but we ask them to consider the long-term benefits for Phuket and use the time to help improve the amenity of their premises and surrounding areas, and provide additional training to their staff in readiness for future tourists”, said the PM.

The Army will provide security during the six month lock-down and ensure that tourist businesses remain closed. They will also be securing the island’s entry ports to prevent the entry of tourists or people deemed not ‘local’.

“This is an extreme but important step to allow Phuket the opportunity to ‘catch up’ on the many infrastructure projects that have lagged behind in recent years. We will also be using the time to locate and prevent any untreated water flowing into the beaches and seas around the island. Surveys are being conducted now to help locate the trouble spots and plan long-term measures that will be actioned during the lock-down.”

The PM finished today’s announcement with a call for international tourist groups to work with the Thai Government and allow this forced lock-down “for the benefit of Phuket’s future.”

“I am sure that Phuket 2.0 will be more capable of withstanding future popularity from tourists and hope that the people most affected will take the opportunity to work with us to improve the island’s amenity or take a six month holiday. Phuket will welcome tourists again from November 1, 2019.”

This story, of course, in entirely fictitious but we wonder how it would actually happen if the Government took the extremely unlikely step of closing off some of Thailand’s popular tourist islands.

What will it take for the Government to seriously address some of Phuket’s long-term problems?