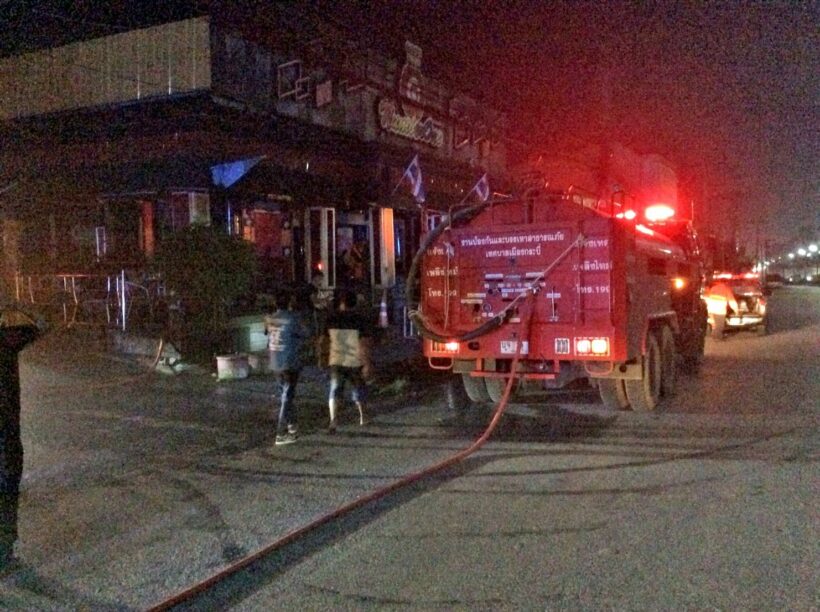 A famous nightclub in Krabi, the “Number One”, caught fire early this morning (November 21) at about 5.30 am. Luckily, the club was closed at the time and nobody was at the scene.

The fire started in the DJ booth before expanding to the walls and the air-conditioned vents. It took firefighters about 20 minutes to extinguish the blaze.

The nightclub security guard, 52 year old Bandit Rakkij, said that he was sitting in front of the nightclub when the owner, who was watching the CCTV camera of the place, called him and told him that there was a fire inside the building.

The security guide got inside and used the fire extinguisher with some water sources he could find but it wasn’t enough to prevent the blaze from spreading. The fire expanded very quickly to other areas in the building so he called for help.

Police presume that the cause of fire is an electric short circuit as they found burning marks on the control panel of the DJ booth. The forensic team is at the scene for further investigation. 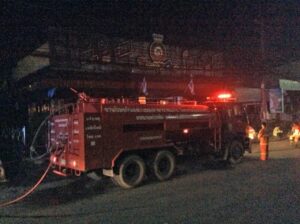