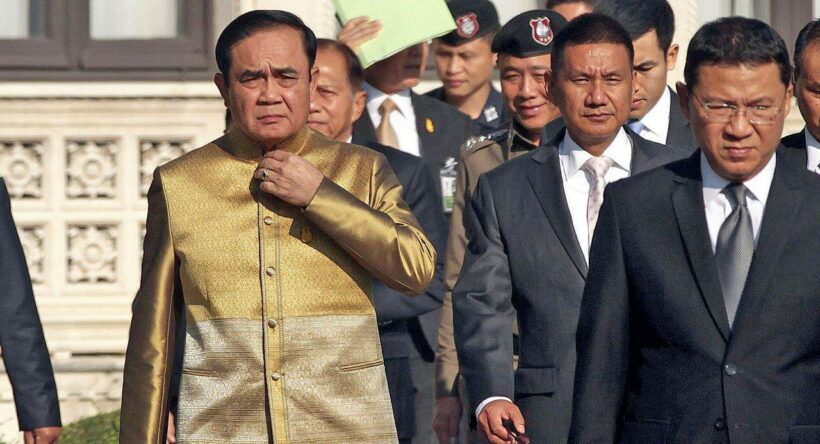 In 2018 there will be three elections in our immediate region – the much-predicted (and confirmed by the Thai PM) Thai election, another in Cambodia and one in Malaysia. All have their very local versions of democracy which will shape the outcomes. All are vital tests for the region’s fragile democracies.

Cambodian PM Hun Sen recently marked an astonishing 33 years in power. Cambodia’s volatile political situation has contributed to the absence of more than one million eligible voters in the registration process. According to the official data, only 536,023 new voters have registered out of 1.6 million estimated new voters. Overall a total 8.3 million people have signed up to vote.

In Malaysia, where Najib Razak has been Prime Minister since 2009, preparations and early lobbying are underway for elections to be held on or before 24 August. Najib is seeking to recapture the ruling coalition’s long-held two-thirds majority. Najib has faced strong opposition particularly because of corruption allegations over the 1MDB scandal.

One of his harshest critics is Najib’s one-time mentor and former PM, the feisty 92 year old Mahathir Mohamad who was a past PM of Malaysia from 1981 – 2003. Mahathir, who has been outspoken in his criticism of Najib, said last week that he would run as the opposition’s candidate in the upcoming election. Surely that would make him one of the region’s oldest candidates.

Malaysian politics has been rocked over the last decade by racial and religious issues blending with politics to cloud it’s economic growth.

Here at home, where the military has been in power since 2014, Thais are meant to be heading to the polls in November (according to the Government’s Roadmap to Democracy) this year after repeated delays. The junta has repeatedly delayed the promised election, citing concerns such as changes to the constitution and security issues.

The NCPO also had to manage a transition in the Monarchy following to the death of the much-revered King Bhumibol Adulyadej, a year of official mourning and the staging of the elaborate Royal Cremation last October. The Thai military has seized power 12 times since 1932, but last year it pledged to help conduct free and fair elections and not to stage another coup after the next election.

Some critics say that the Junta has prepared a new constitution and made legal changes that will ensure that it still has its hands firmly on the reigns of power for at least the next 20 years. But supporters point to the peace in the nation, the boom in tourism and relatively stable economic growth. Around 50 million people are eligible to vote in the Thai elections. 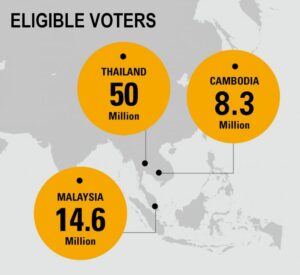 No matter what the outcomes in these three important regional elections it leaves South East Asia with its own curious brand of democracies and a handful of capitalist-flavoured communist dictatorships. And then there’s Singapore but that Government deserves its own article on another day.