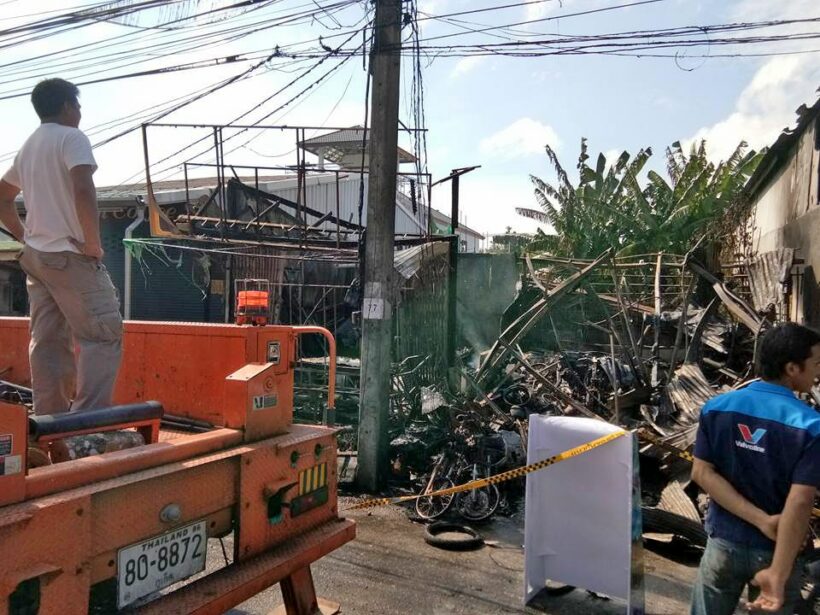 The fire started in the electric cabling curled up on the electric pole in front of a motorcycle garage and damaged the shop, including many motorbikes. The total loss, according to police attending the scene, following discussions with the proprietors, is at least 300,000 Baht. (We counted more than 20 motorcycles and parts in the shops so the estimate appears very conservative. Plus the roof and walls of the property have been destroyed.)
The fire started at about 10 am this morning (January 18), when Wichit police received a report that the fire was spreading quickly to the shops in the area. The police and 8 fire trucks from Wichit Municipality rushed to the scene, blocking the traffic and attending to the blaze. The operation took about an hour.
The fire has damaged the motorcycle garage as well as the license plate shop next door. The advertising signs shop nearby also had its wall destroyed.
“Before the fire started, I saw a truck from the PEA fixing the cables on the electric pole in front of my shop and heard a noise like an electric short circuit. Soon after that I saw a fire starting on the electric pole in front of the garage and quickly spreading to the shop. The fire spread to the motorcycles making the blaze even stronger and spread to other shops including my shop,” said 53 year old Chomchanok Sae-Ngao, the owner of the sign shop next door.
Forensic police have been gathering evidence to find out the cause of this fire. 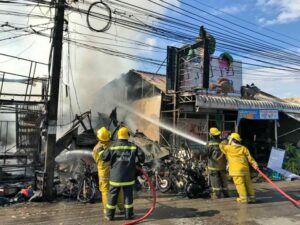 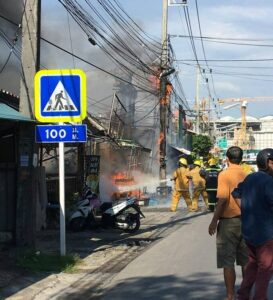 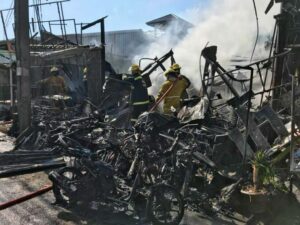 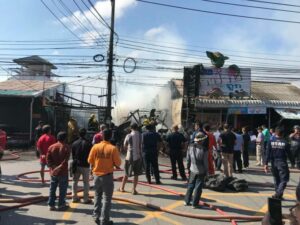 The big three. 2018 elections for Thailand, Malaysia and Cambodia.