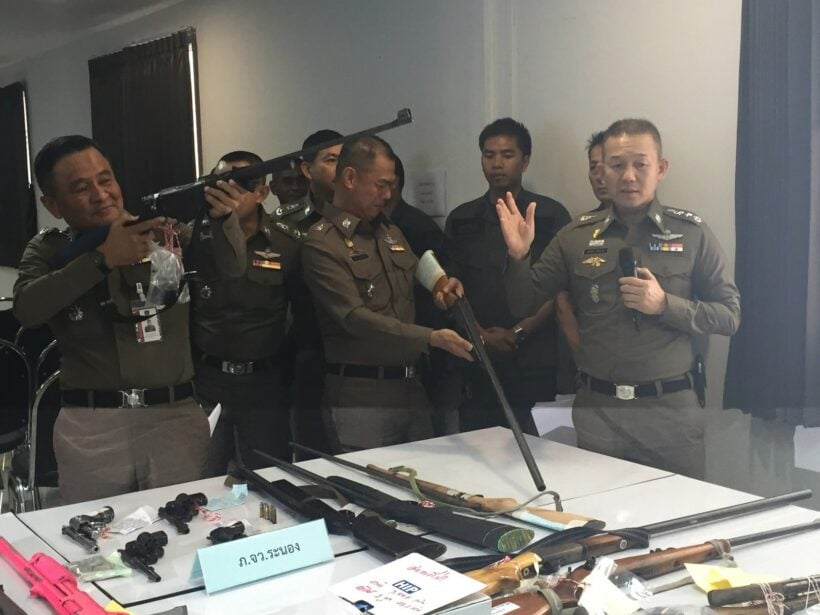 Police Region 8 held a press conference yesterday (April 11) revealing a number of drugs and gun crackdowns during the lead up to this year’s Songkran.

The targeted crimes including illegal ownership of guns, drugs, gambling, prostitution and the following up on the outstanding arrest warrant list.

The Police region 8 revealed that among the police in provinces in region 8 including Surat Thani, Nakhon Si Thammarat, Chumporn, Ranong, Krabi, Phang Nga and Phuket, there is a list of current arrests including.

“Police Region 8 will continue to dedicate its efforts to maintain the security for citizens, tourists and expats, especially during this Songkran Festival following the policy of the Royal Thai Police and the Government,” said the Commander of Police Region 8, Pol Lt Gen Sorasak Yenprem.

“This large amount of drugs and weapons seized comes mostly from the reports of local people. I would invite people in each area to keep monitoring any illegal activity and if you find anything suspicious, please contact the local police.”