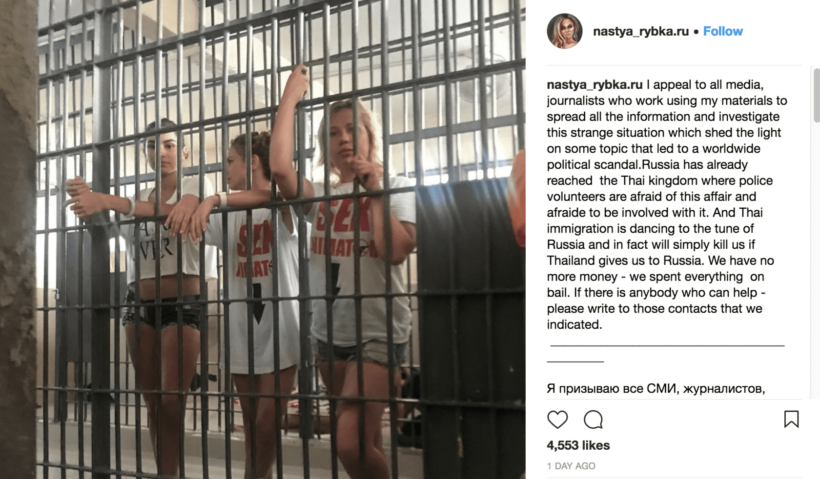 Anastasia Vashukevich, the Belarusian model and self-branded sex-guru detained in Bangkok, who made extravagant claims about alleged Russian meddling in the 2016 US election, is due in court today. She has offered to dump on several Russian businessmen linked with Russian President Putin with alleged links to US businessmen and politicians close to the US President.

Anastasia Vashukevich, AKA Nastya Rybka, was one of nine foreigners arrested in Pattaya last February after raids on so-called sex courses where participants paid 20,000 for training with the promise of a certificate if they completed the course.

Police originally help them over visa and work permit issues but she was eventually charged with soliciting and ‘criminal association’ by Pattaya Police. Three participants, who were arrested at the same time as Anastasia, have either been deported or are awaiting deportation according to Thai immigration officials.

“Thai Immigration is dancing to the tune of Russia and will simply kill us if Thailand gives us to Russia.” Instagram/Nastya_Rybka.ru

After an offer to provide ‘information’ about overheard and recorded conversations to American officials, in a swap for seeking asylum, American officials, journalists and, reportedly, the FBI, rushed to Bangkok seeking to get the story. They were politely refused access to the Belarusian media attention-seeker. She made her offer in a video on her Instagram account.

In the video she named names and cast out the line for diplomats, officials and media to bite. They did.

“They are trying to put us behind bars. That is why I am ready to tell you about all those missing puzzle pieces that you lack regarding a link between our esteemed lawmakers and Paul Manafort, Trump and all this brouhaha” she said in the video.

Despite all the ‘brouhaha’ Nastya/Anastasia hasn’t so far been able to pass on anything even vaguely interesting either because she hasn’t had the chance or is waiting for some guarantees from US officials before she spills the beans. She has written a book in the past about seducing Russian Oligarchs, a book that hasn’t made any of the Eastern European best seller list so far.

Her video showing  Russia’s deputy PM, Sergei Prikhodko, cavorting on an expensive yacht owned by mining billionaire Oleg Deripaska shows she was ‘connections’ but the video and her claims about people in the video are now the subject of legal proceedings. Vashukevich had an affair with Deripaska. Deripaska, a mining tycoon, was once an associate of the US President’s ex-campaign manager Paul Manafort who has now been indicted on money-laundering and tax charges.

“I am the only witness and the missing link in the connection between Russia and the US elections – the long chain of Oleg Deripaska, Prikhodko, Manafort, and Trump.” Instagram/Nastya_Rybka.ru

She has her day in a Thai court today where, hopefully, she will feel inclined to share more information, if only to save herself from imminent deportation back to Russia. 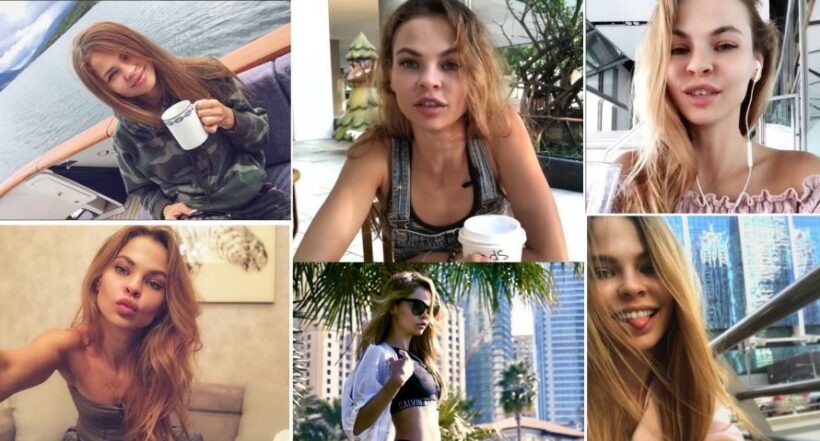