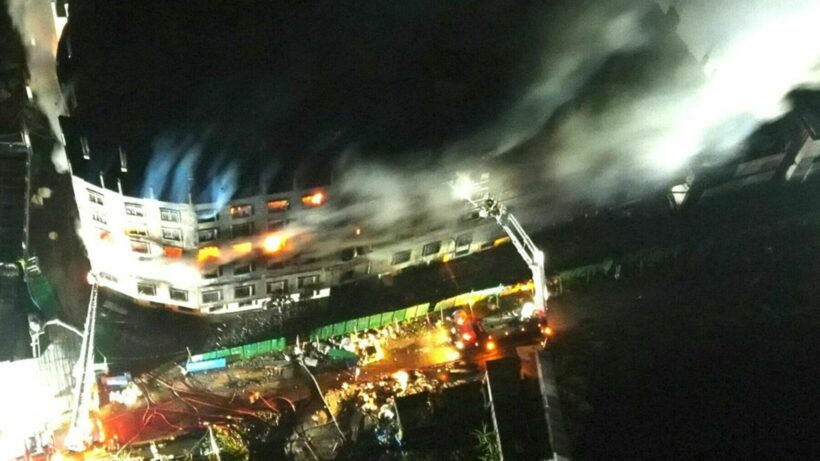 Today, a cataclysmic fire ravaged a factory in Rupgang, Bangladesh. 52 people have been confirmed dead, trapped by searing walls of fire that made some workers jump from upper floors in an effort to escape, says Bangladeshi police.

At least 30 people have been injured and hundreds of family members, workers wait with extreme apprehension as the fire kept blazing. The exact figure of those trapped inside is unknown. Some of the injured sustained their injuries from jumping from upper floors, says, police inspector Sheikh Kabirul Islam. Firefighters managed to save 25 people who were on the roof of the factory.

An accurate casualty list is also unknown. The fire needs to be further extinguished for a search and rescue operation to be conducted inside the building. “Then we can confirm any further casualties, if any” Says Debashish Bardhan, fire service spokesman.

Police had to shoo away hundreds of people who were blocking the roads.

According to the head of the Dhaka fire department, Dinu Moni Sharma, the fire started because extremely flammable chemicals and plastics were stockpiled inside the building.

One worker, Mamun says he and others fled to the roof as the fire ravaged the ground flood and black smoke obscured the entire factory. He adds that firefighters had to use a rope to get him, and the others down.

One relative of a potentially trapped worker, Nazrul Islam says they came out because their niece was not taking their calls and now their phone isn’t ringing at all and they are worried.

However, the fire is not the first, highly fatal fire in Bangladesh. A fire roared just yesterday at Hashem Food and Beverage factory in Rupganj, which is just outside Dhaka. It continued to burn 24 hours later, into this morning.

Prior to that, in 2019, over 70 people died when a fire tore through an apartment building that was being used to illegally store chemicals.

Recently, Thailand also had a massive fire from a plastics factory.