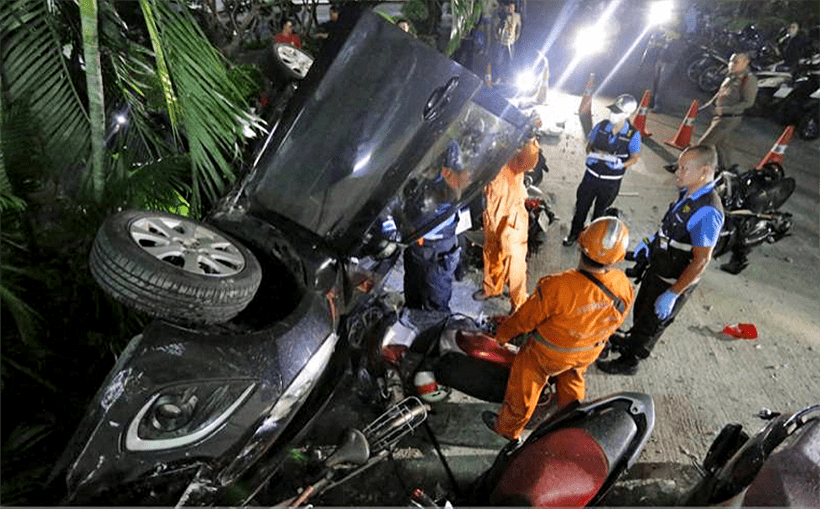 A woman has been injured after her car plunged from the eighth floor of a condo car park in Bangkok’s Bang Koh Laem district.

The car had fallen from the nine-floor car park building of the Phraram 3 Residence condominium on Rama III road around 11pm last night (Monday). The driver was identified as 40 year old Rungthip Thongchanreed.

Daily News report that rescuers and police arrived to find the woman unconscious in the upside-down car. The airbags had deployed.

She was rushed to the Charoen Krung Pracharak Hospital and regained consciousness there. Doctors say she is now in a stable condition.

Police say her car hit the 50cm high concrete barrier. It collapsed on impact and allowed her car to career over the edge and into the car park eight floors below. Her car also landed on four motorcycles that were parked below.

Police say that tyre marks indicate that the car’s brakes had been applied before her car hit the wall. Police believe the woman was reversing to park but accidentally hit the wall.

A resident of the condo, Nopparat Weksungnone, said he heard a loud noise at 11pm and went out on his balcony to check. He saw the car crashed below, called police and rushed down to help the woman.

Police say the fact that she was wearing her seat belt and that the air bag deployed probably saved her life.

The owners of the four motorcycles damaged in the crash will be able to file a civil lawsuit while the car park would be inspected to check if it was constructed according to the building codes and the approved plan. 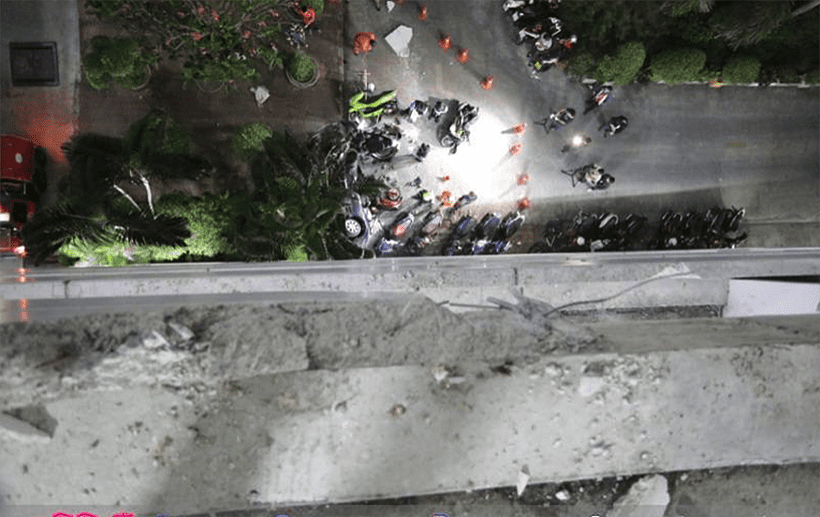 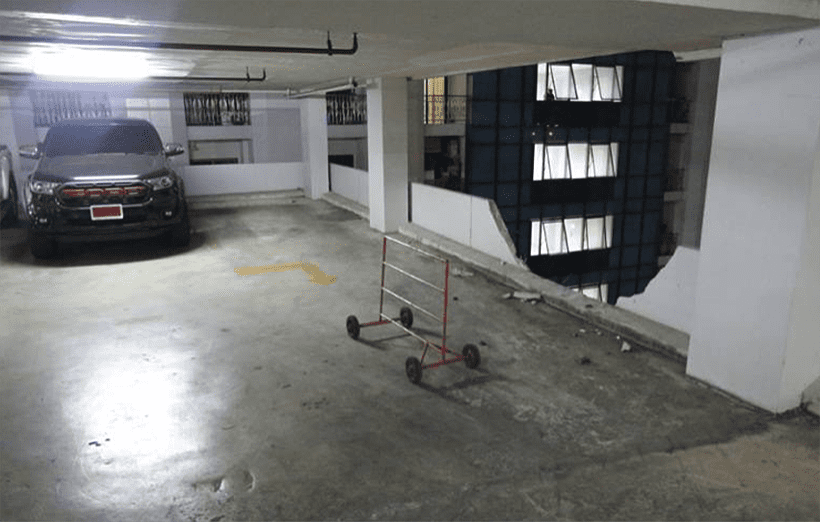