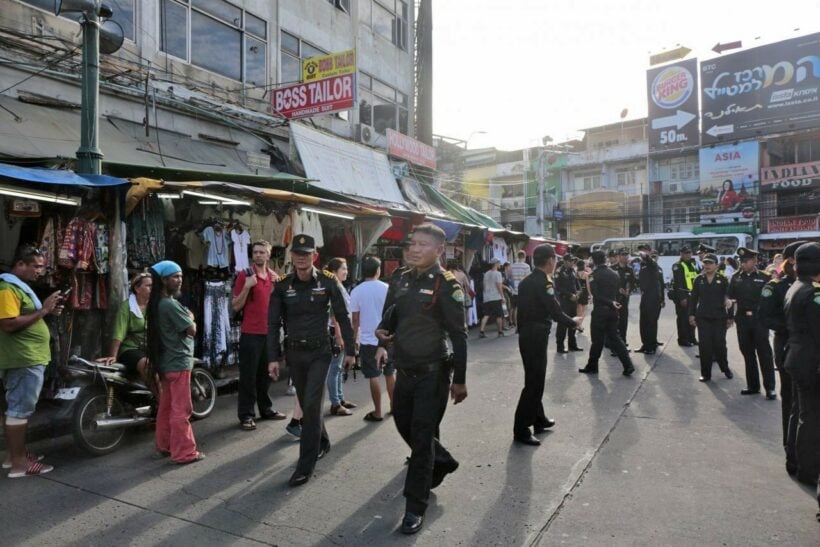 “You are destroying the life and soul of the city – and we are not coming back!”

Take that BMA! as tourists give a big thumbs down and slap in the face to authorities who have tried to sanitise the trashy tourist magnet. For decades Khao San Road has been a mecca for back-packers and tourists looking for a bargain along the sidewalk street markets.

The MBA (Bangkok Metropolitan Authority), with the Deputy Governor leading the charge, has spent the last month trying to dismantle one of Bangkok’s unique and busiest attractions.

Thai Rath headed to the ‘new’ Khao San to investigate the vibe after authorities have made their ham-fisted attempt to shift out the traders and stalls from the sidewalks.

Despite opposition and refusals of vendors to move, the area is already a shadow of its former self and tourists arriving are convinced they have come to the wrong place saying it is so quiet and lacking in ‘soul’. In the past, on any night of the year – actually almost any time of the day – Khao San road has been a bustling, rambling mix of cheap, pirated knock-offs, trashy souvenirs, a place to buy bogus IDs and consume cheap alcohol. As you walked along the street you’d walk from one lot of doof-doof into another equally noisy part of the street. And the tourists LOVED it!

Thai Rath is reporting that traders in regular shops, tuk-tuk drivers and motorcycle taxi ranks in the area are speaking with one voice saying that the tourists have virtually all gone.

One comment from a motorcycle taxi guy said it all:

“No one believes it is Khao San anymore. They arrive then stand about looking confused. They ask “Have we come to the right place? They look left and they look right. I have pointed to the street sign to show them that despite their confusion they are indeed in the right place”.

Traders spoke of a once busy and eclectic road and a thriving trade being obliterated in the name of progress and order.

Khao San road, like many other issues in Thailand’s bourgeoning tourist industry, is a heady mix of greed, history, what-tourists-want and the ‘law’. Khao San Road’s sidewalk markets, whilst technically against the law, just grew and grew as the fame of the street grew, along with the tourist arrivals.

When tourists descend onto Khao San Road they want what they read on the can… a chaotic mix of food, music, tourists from around the world, booze (and probably a few other coloured pills).

Thai Rath claims that the government’s efforts to change Bangkok into a place of order may be its death knell in the eyes of tourists wanting to see something they cannot experience in other cities around the world.

There is a current stand-off (read ‘cooling down period’) of seven days when traders are allowed to set up one stall each on the sidewalks in the area from 6pm to midnight. But it is not known that this will be extended in a Thai compromise or whether the authorities will stick to their guns come next week and clear everyone out for good. 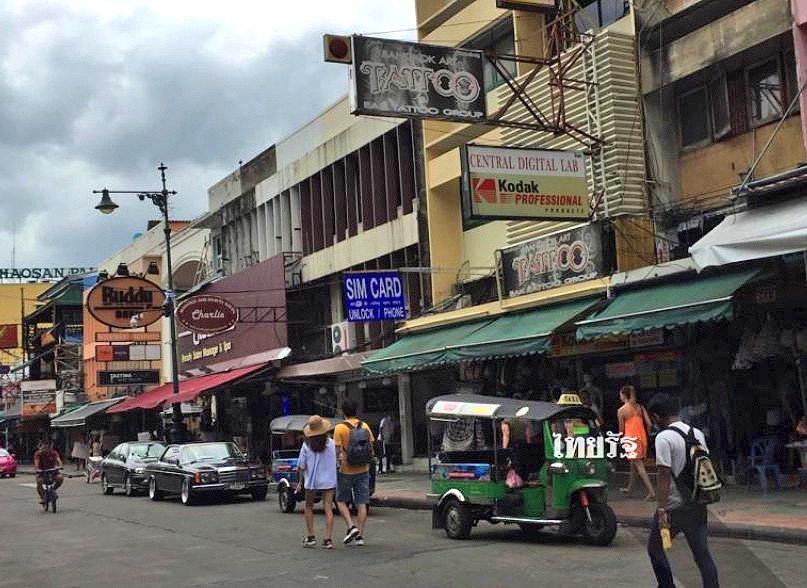 BMA backs down to allow Khaosan traders, sort of…