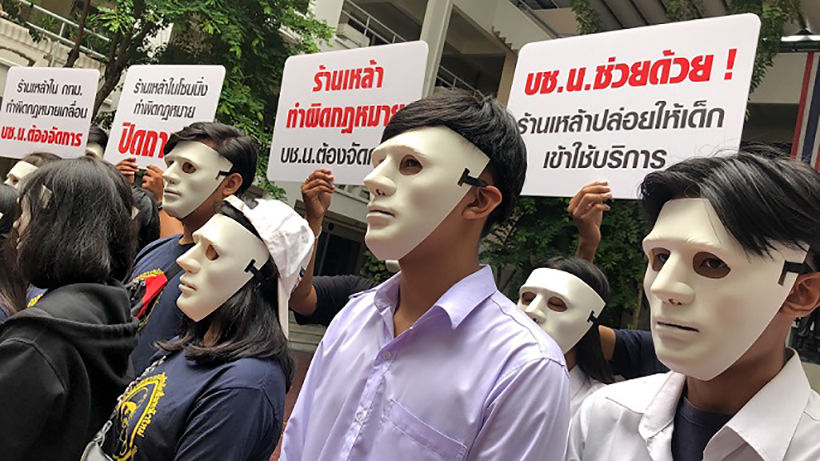 PHOTO: “Don’t allow the children in the pubs!” – The Nation

Anti-alcohol campaigners and youth networks, are calling on Metropolitan Police to check on shops in Bang Sue district’s Soi Wongsawang 11 that are allegedly selling alcohol to youth under the age of 20 in a location adjacent to an educational institution.

The group, led by Alcohol Watch coordinator Khamron Chudecha, claimed that it is this illegal sale of alcoholic beverages that contributed to the recent tragic killing of 20 year old Witcha Noo-udom. The student, who was studying at the College of Industrial Technology at King Mongkut’s University of Technology North Bangkok, was stabbed to death by one of 11 drunk male students from another technological college on June 27.

The attackers were aged 16 to 17. Khamron is demanding that shops that sell alcohol to underage persons or sell outside the permitted time should be closed permanently.

The group is also calling on police to punish entertainment establishments that allow patrons under the age of 20 to enter their premises, which is a violation of the Alcoholic Beverage Control Act’s Article 29 and is punishable with a maximum one-year imprisonment and/or a maximum 20,000 baht fine.

They also urged the city police chief to have all city police precincts strictly enforce the law especially on shops selling alcohol or entertainment establishments that are in the vicinity of educational institutions as underage people may have access to alcoholic drinks. 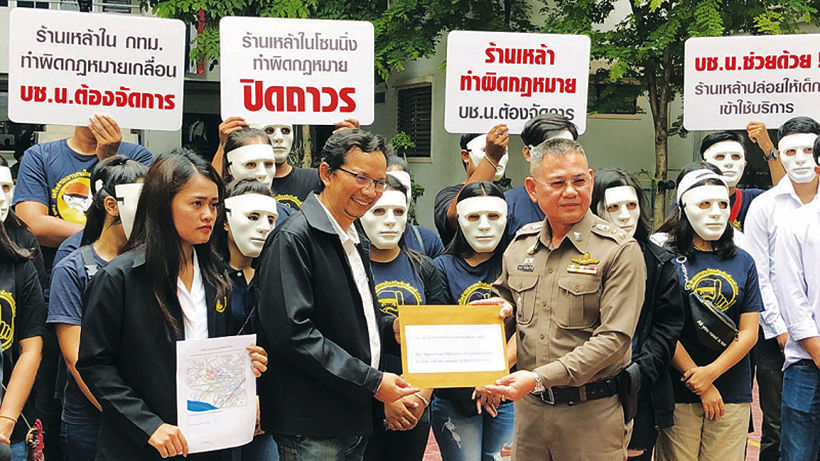