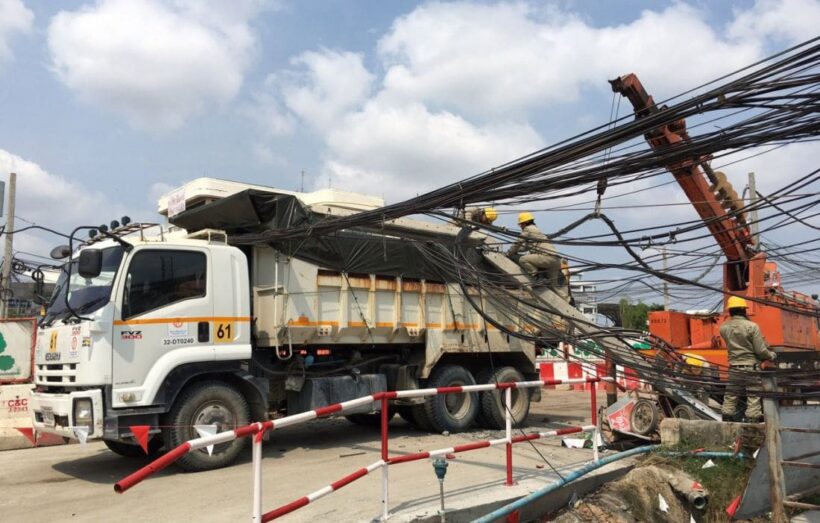 The Metropolitan Electricity Authority officials had the downed lines reconnected within three or four hours and replaced a utility pole that was knocked over without disrupting traffic.

Police have questioned witnesses and the truck driver, whose name has not been released at this stage. The driver will be held responsible for the property damage. 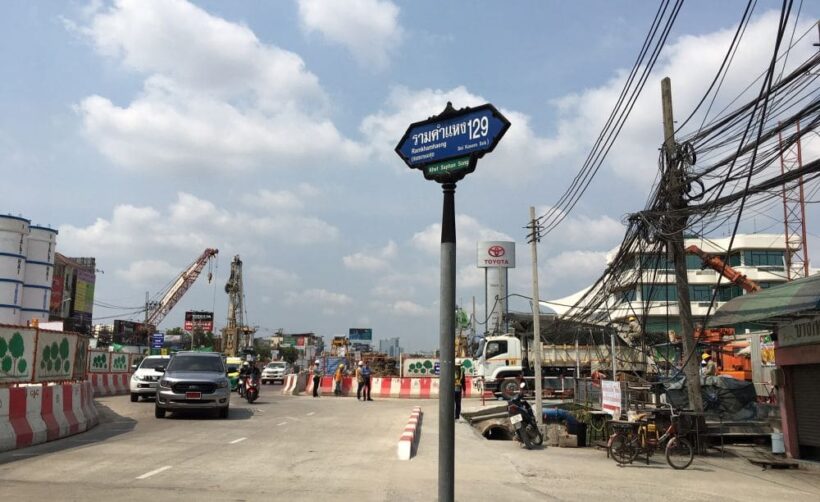 Get out the anti-pollution masks and turn on the air purifier, air pollution in Bangkok is at unhealthy levels. 64 locations in Bangkok were reported with high levels of the air pollutant PM2.5, according to the Pollution Control Department.

As a cold weather front in China weakens, air circulation is also slowing down, causing dust to accumulate and drop to a lower altitude, according to the director-general of the Pollution Control Department. A north east monsoonal airflow blows a lot of the smoke from burn-offs and agricultural activity in Thailand’s north, south and south westerly.

Bangkok is just in the flow of the winds from up north. Drivers are advised not to keep the vehicle’s engines running while parked. Farmers are also asked not to burn farm wastes in open fields.

Everyone should reduce outdoor activities, he says. 64 areas in Bangkok recorded the dust particles reaching unhealthy levels. The highest PM 2.5 levels were reported in Amphoe Muang of Samut Sakhon and were classified as “very unhealthy.”