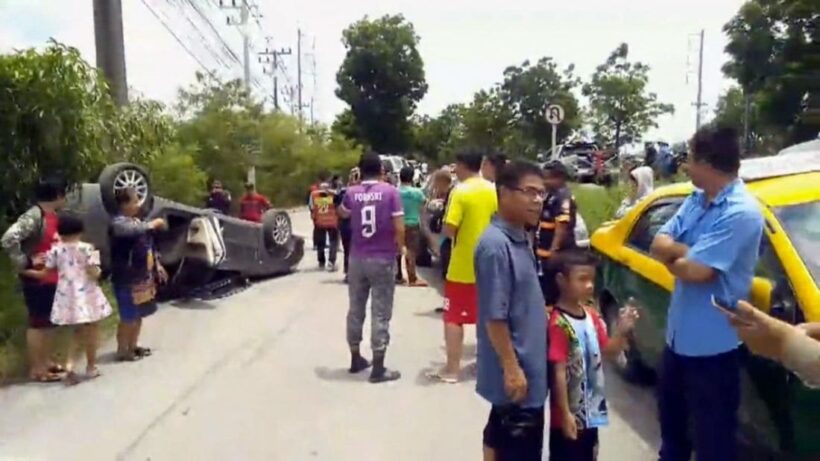 Two people have been injured after a Toyota Camry crashed into a taxi driving the wrong way along a road in Pathum Thani’s Lat Lum Kaew district, just north of Bangkok.

The sedan overturned from the impact, injuring both the 38 year old driver Tamisa Pengchaem and front-seat passenger, 31 year old Amorn Yindeemak. The 42 year old taxi driver Weerachai Reungsuwan walked away from the collision with no injuries.

The taxi driver told police he was driving against the traffic to take a U-turn towards the Bua Khlee village, where he was dropping off his passenger, when the sedan suddenly showed up from under the bridge and honked at him. He said he tried to swerve to avoid hitting the sedan, but couldn’t do it quickly enough, resulting in the crash.

Initial investigation showed that since the road only has one lane, motorists often took their lives in their hands by driving against the traffic to get to the other side. 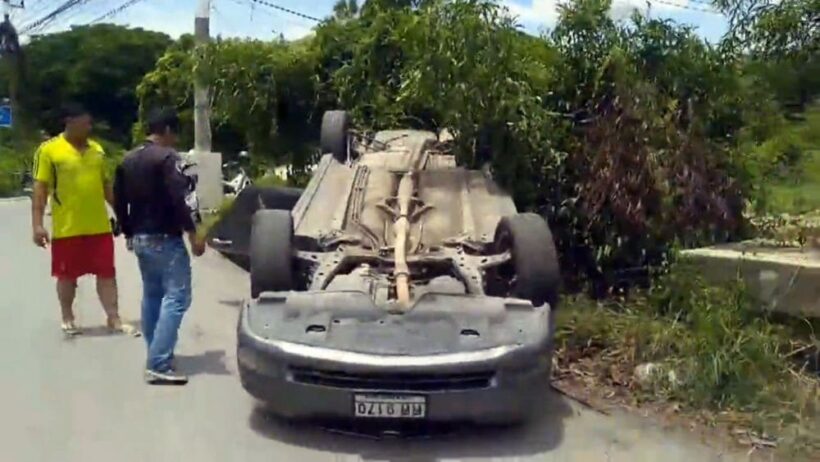