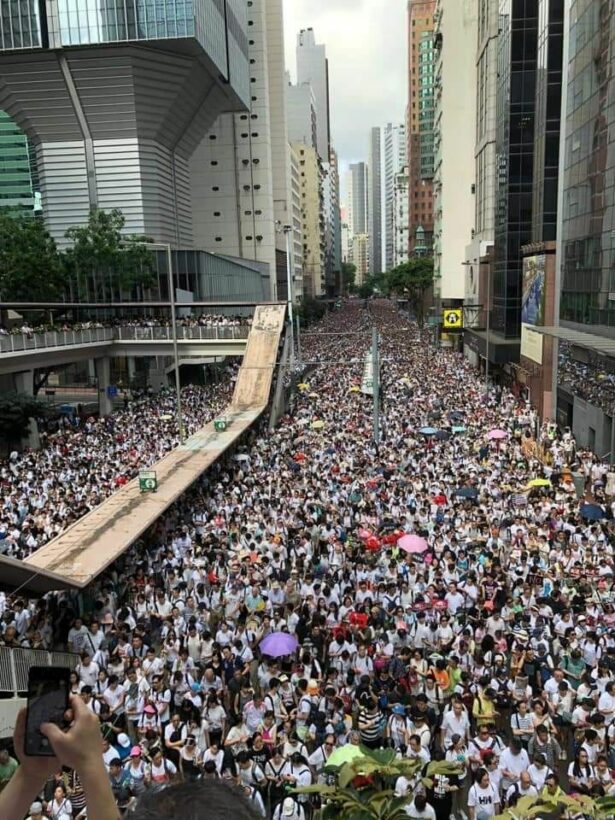 Huge crowds, estimated to be over 1 million, massed in Hong Kong over the weekend to protest against pro-beijing leaders allowing extraditions to the mainland.

The demonstrations were the largest in the international finance hub since the 1997 handover when the region was returned from Britain (which ‘leased’ the colony for 99 years) back to China.

Hong Kong’s pro-Beijing leaders have been in the process of pushing a bill through the local parliament that would allow extraditions to any jurisdiction with which it does not already have a treaty – that includes mainland China.

The proposals have sparked an outcry and galvanised new opposition that unites a wide cross-section of the city. Six hour protests moved through the Hong Kong streets over the weekend shouting “Scrap the evil law” and “Oppose China extradition!”

In a statement last night the government described the protest as “an example of Hong Kong people exercising their freedom of expression” but didn’t concede any changes to the legislation urging their politicians to continue debating the bill.

Hong Kong’s leaders continue to insist the law is needed to plug loopholes and stop the city being a ‘safe haven’ for mainland fugitives and dissidents.

China has been trying to exert more control over the business hub since whilst pro-democracy campaigners have been resisting the creeping ‘Chinafication’ and asking for the ‘one country, two systems’ sentiment to be observed. Under the principle, regions like Macao and Hong Kong could continue to have their own governmental system, legal, economic and financial affairs, including trade relations with foreign countries. 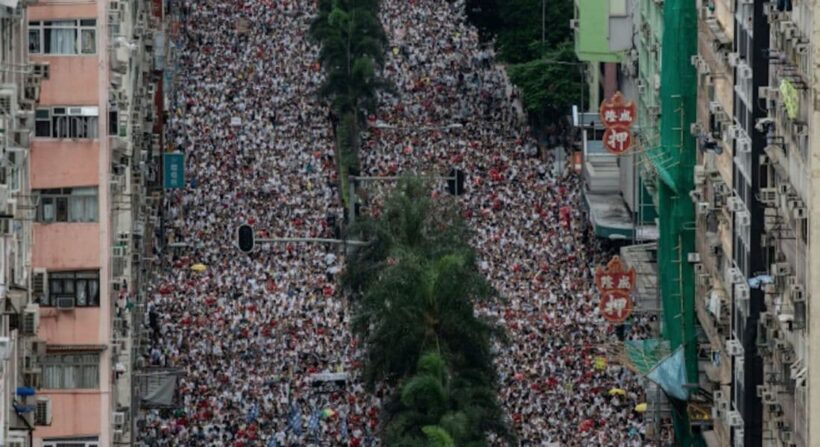