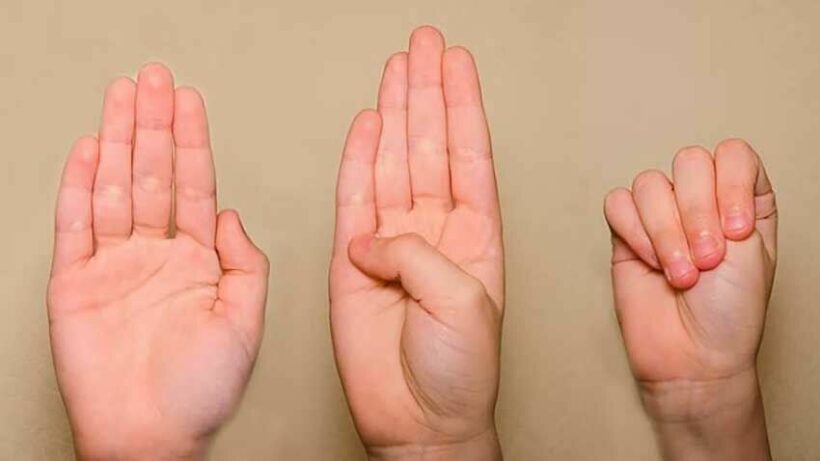 A quick-witted taxi driver transporting a man who appeared high on drugs while brandishing a gun used an emergency signal he’d seen on TikTok to alert police. The drama began when Bangkok cabbie Tanongsak Liangsa picked up a 23-year-old male passenger in the Mor Chit district, who asked to be taken to the Phetkasem area.

According to a Bangkok Post report, during the journey, the passenger changed his mind several times about where he wanted to go, at one point asking to be taken to the western province of Ratchaburi, then requesting to be dropped off in Rayong, on the east coast.

Tanongsak says the man mentioned that he was a police officer, but then said he’d run away from home. The taxi driver then noticed that his passenger was handling crystal ice, before taking out a gun and then handcuffing himself.

Remaining calm, Tanongsak kept driving, then told his passenger that he needed to use the toilet, pulling in at a petrol station. While there the taxi driver set his GPS to the Ban Bueng police station, in Chon Buri and, on arrival at the station, used the emergency hand signal to alert police to his situation.

The police, perhaps no strangers to TikTok, immediately rushed the car, removing the passenger and arresting him. They also confiscated several items on his person, including a BB gun, a pocket knife, handcuffs, a torch, 4 mobile phones, a watch, and 2 leather bags. Subsequent drug testing revealed traces of narcotics in the man’s system.

According to Tanongsak, he received 300 baht from the police to reimburse his fuel expenses.

Soidog
27 minutes ago, Chatogaster said: Playing advocate of the devil here and injecting conditions to make it work, but stories are never complete so I'm allowed to use a bit of imagination: If the passenger tailed him (e.g. continued telling…