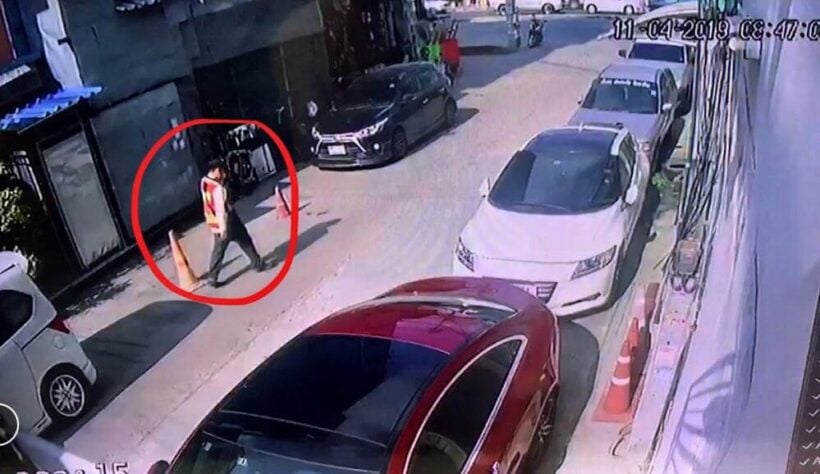 Bangkok police are searching for a man who has murdered his pregnant step-daughter with a domestic hammer. Police speculate that he was driven by jealousy to commit kill his step-daughter.

Police were called to Ram Inthra Soi 109 in the northern suburbs of Bangkok. When they arrived they found 29 year old Nanthachaya “Noon” Janmokha dead on the second floor in a bedroom. She had severe injuries to the head.

She was seven months pregnant. The unborn child died as a result of the mother being killed.

Police found a bloodstained hammer nearby. The woman’s 29 year old husband Thanawat told police the attacker was a 57 year old motorcycle-taxi driver, identified only as Phoomjai, “Jai” for short.

He said Phoomjai had a common-law relationship with Nanthachaya’s mother Pim and complained whenever she spent time talking to an uncle of the victim.

Pim, weary of his jealousy, left him to live with relatives in Amnat Charoen. Phoomjai allegedly threatened her by phone, saying if she didn’t return, he would kill her daughter.

Thanawat and Pim run a salon together.