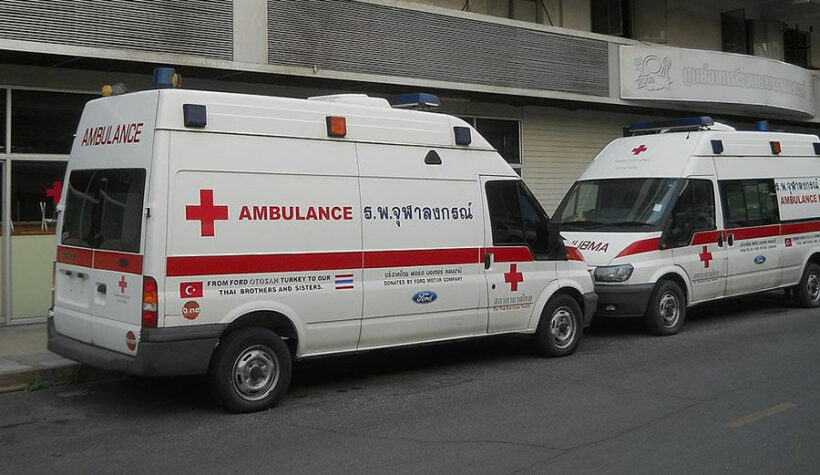 A video that captured the moment a female patient was catapulted from an ambulance into busy city traffic has now been viewed over a million times.

The Thai Examiner reports that the incident occurred as the ambulance, lights flashing, was speeding through Bangkok traffic, transporting the woman to hospital. As the driver accelerated along Pracha Uthit Road in the capital’s Thung Khru district, the back doors flew open, sending the woman’s stretcher flying into the road. 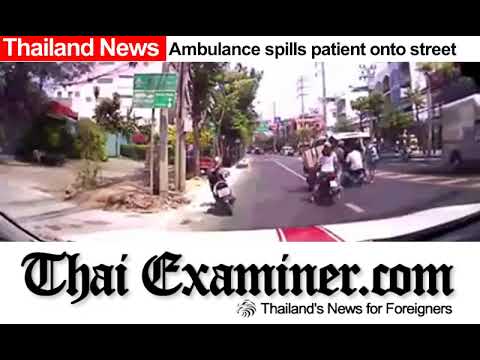 In the video, several motorbike drivers who had been riding behind the ambulance can be seen stopping at the scene. The panicked ambulance driver then gets out of the vehicle and together, they manage to lift the stretcher and place the woman back in the ambulance. The ambulance then continues its journey to the hospital.

We don’t have any information about the condition of the woman or how she survived the ordeal. We’ll endeavour to find out if she’s ok.