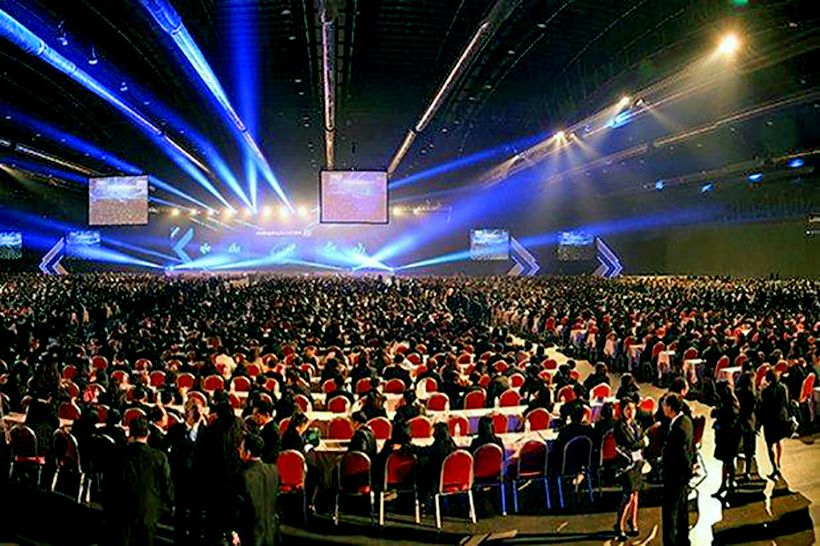 The pro-Junta Palang Pracharat political party is expecting to raise 600 million baht from a grand fund-raising dinner named “One Thailand”. The event will be held tonight at Muang Thong Thanee in Bangkok.

The Palang Pracharath Party (PPRP) appears to be winning over business leaders and the elite after selling most of the tables for tonight’s event.

The event will feature 200 Chinese-style dinner tables accommodating ten people each with a price tag of three million baht per table.

Highlight of the evening will be a speech by deputy party leader Suvit Maesincee, to be accompanied by entertainment featuring musicians John Nuevo and early 2000’s Thai pop-princess Tata Young.

After the fund-raising dinner, he said the party would check the qualifications of the donors whether they meet legal conditions, adding that the process would take about week after which the party would report to the Election Commission about the donations received and expenses incurred from the event.

In his ddress, Suthep outlined the party’s seven ideologies which include loyalty toward the Monarchy, major national reform, the sufficiency economy and people’s participation in politics.

A spokesman for the Democrat Party, Thana Chirawinit, said they are preparing to host their own event. The Pheu Thai Party is also said to be planning to host a banquet.

Three Russians detained in Thailand at the request of the US